A power outage impacting the systems and panels on the Formula 1 grid contributed to the delayed start in Monaco and prevented standing restarts after the red flags.

Rain in the build-up to the planned start time of 3pm for the Monaco Grand Prix led to the start procedure being suspended just minutes away from the intended start of the formation lap.

The formation lap was initially rescheduled for 3:09pm local time in Monaco, but the start was then delayed again by the FIA to 3:16pm, beginning the race behind the safety car.

After completing two laps behind the safety car, heavy rain then led to the race being red flagged.

The initial decisions to delay the start to 3.16pm stemmed from the FIA wanting to give the teams ample opportunity to change to wet weather tyres as it anticipated the heavy rain that arrived on the two safety car formation laps.

Then, when the cars were lined up in the pitlane under the red flag that followed, a power outage caused the starting systems to fail and contributed to the wait of nearly 45-minutes before the first rolling restart was attempted.

It is understood the FIA was able to choose a standing start before the rain increasing led to the race's first red flag, but the power cut meant it could not be sure the start system would work fully afterwards and so it had no choice but to implement rolling restarts for the rest of the event.

Mercedes driver and seven-time world champion Lewis Hamilton said after the race he thought two standing starts would have been possible, but acknowledged that the “spray was crazy” after the rain shower, making a rolling start “the best thing to do”. 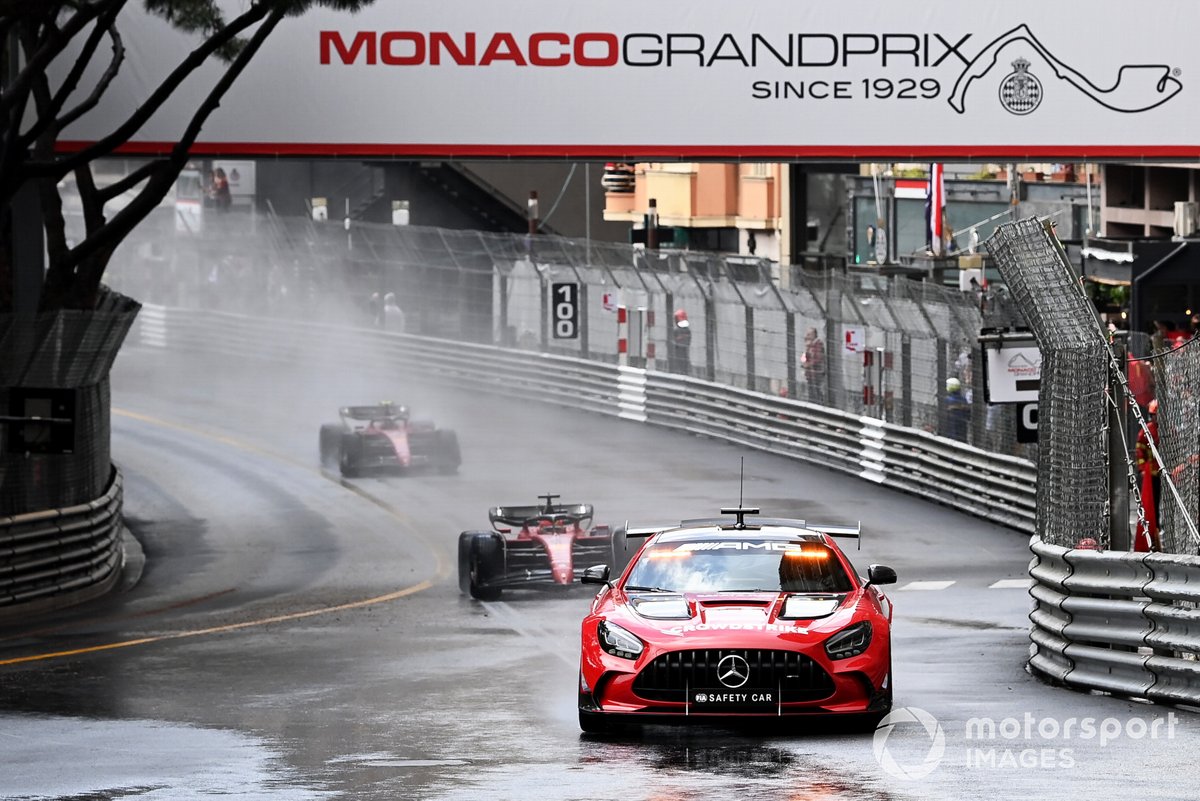 In a new rule introduced ahead of the 2020 season, races can resume via a standing restart on the grid after a red flag if the race director deems it appropriate.

This could have been applicable for the restart after the first red flag for rain, which halted proceedings by almost an hour, as well as the second restart on Lap 31 following the red flag for Mick Schumacher’s sizeable crash at the exit of the Swimming Pool chicane.

A number of drivers were left confused why the race didn’t start as planned at 3pm, believing they could have handled the wet weather that hit the circuit.

The FIA said that race control was “monitoring a severe downpour that was rapidly approaching the circuit” and the decision to suspend the start procedure was “done for safety reasons in consideration that there has been no wet running this weekend”.

“They could have started,” said Haas driver Kevin Magnussen.

“Of course there was a point afterwards that was torrential rain and the race would have been red flagged. But that’s part of racing.

“If conditions are OK, they should start us. Or maybe give us a crash course in wet-weather driving or something, or take some classes.”