Verstappen looked locked in to take second place behind Ferrari's winner Charles Leclerc, while Sergio Perez was holding onto fourth in his fight with Mercedes' Lewis Hamilton.

But with two laps to go Verstappen dramatically slowed and coasted into the pitlane after suffering what he thought were battery problems.

On the final lap misfortune also struck Perez as his engine seized to Turn 1, which locked the rear axle and put the Mexican into a spin.

It cost Red Bull 30 points, while handing Ferrari a 1-2 and also gifting bitter rival Mercedes more points than it had expected with third and fourth for Hamilton and George Russell.

"I can’t remember the last time that happened to us, but it’s obviously your worst nightmare," Horner said.

Talking to Sky, he added: "A brutal finish, that race for us. What looked like a decent haul of points suddenly evaporated in the last couple of laps there." 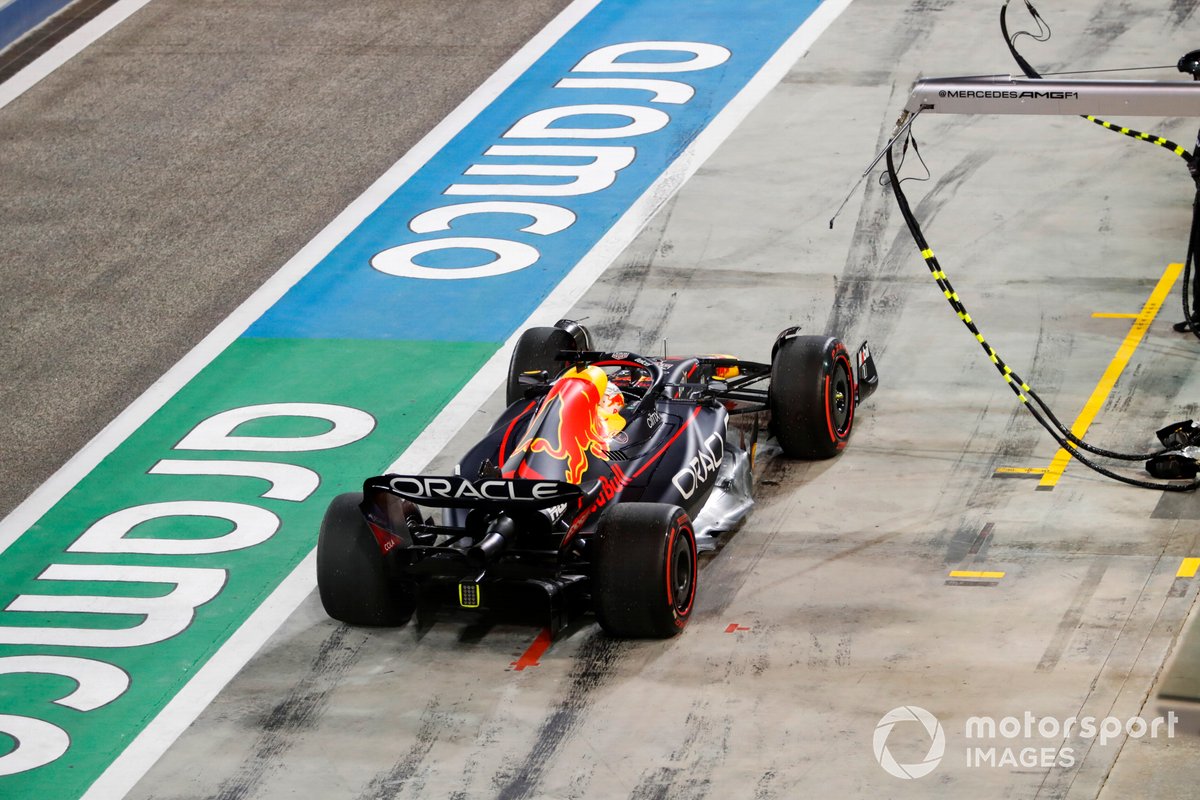 Red Bull suspects Verstappen and Perez were both struck by a similar fuel pump issue, which meant the Honda combustion engine couldn't get fed with the remaining amount of fuel in the car.

"We just need to get the cars back, get the fuel system apart and understand, because we know the fuel was in there. That’s frustrating," Horner added.

"We just need to get on top of this issue and fight back next weekend."

Despite the heartbreak Horner said he was encouraged with Red Bull's performance in Bahrain, which sets it up well for the rest of the season.

"I think the positive side for us is we had a very competitive car, I don’t think we had quite the pace of Charles today, but some great racing between Max and Charles,” he said.

"We were fighting for the race win at different points of that race.

"It's a long, long season, 23 races. We'll get this behind us and get stuck into the next event."

Leclerc: Ferrari “could not hope for better” after two “difficult” F1 years