On Saturday, Daniil Kvyat was officially confirmed as Pierre Gasly's replacement, leaving the seat currently occupied by Brendon Hartley yet to be confirmed.

Wehrlein has made himself a possible option for Toro Rosso by cutting his ties with Mercedes and becoming a free agent.

Wehrlein is is understood to have met Marko in Graz last week, and the Red Bull boss admitted that the driver's availability had made Wehrlein a candidate.

"It's a different story now, yes," he told Autosport. "We haven't made any decision. He's on a long list."

However Christian Horner has downplayed the possibility, suggesting that the German is already committed elsewhere.

"My understanding is he's off to do Formula E next year," he told Autosport.

Asked if that might change if Wehrlein had an F1 offer Horner said: "That's a discussion that we'll have internally.

"There are numerous options available. I think we've got plenty of time. I don't think we need to be in a rush." 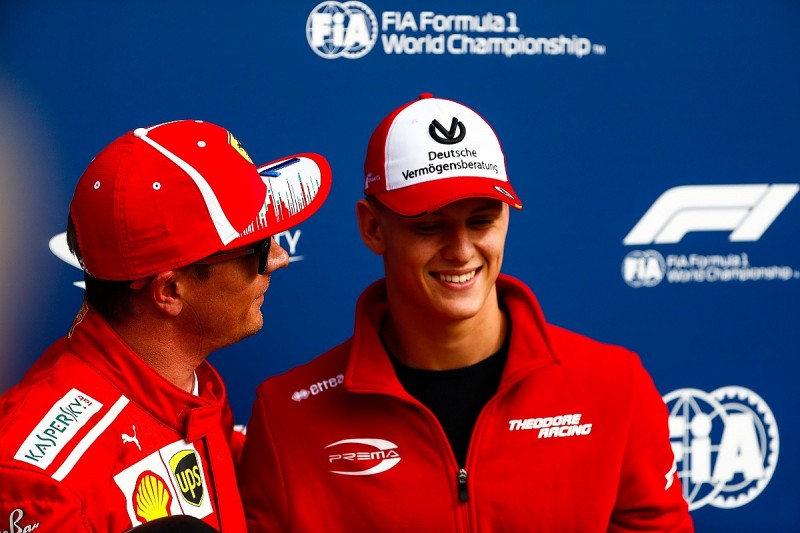 Meanwhile Marko insisted that Mick Schumacher was not a possible candidate, despite his recent run of success that is likely to culminate in the Formula 3 European Championship title.

"No, definitely not," said Marko. "I think it's too early for him. Let's see what happens in F2"

Ferrari has recently made its interest in Schumacher clear, with the driver likely to move to Formula 2 next year even though he will have the required superlicense points for F1.

Red Bull headhunted Verstappen from F3 in 2014, and when Marko was asked if he saw parallels with Schumacher, he said: "No, it's not a similar situation."

How Schumacher became a title contender

The Wehrlein links come at a time when Hartley's Toro Rosso future has not been confirmed.

Hartley believes he has a long-term contract, but when Marko was asked what the driver had to do to secure his seat, he said: "Beat Gasly. There's five races or six left."

Marko also suggested that Esteban Ocon would be of interest if, like Wehrlein, he was free of his Mercedes ties.

Mercedes boss Toto Wolff has made clear that such a move will not happen.

"If he's [Ocon] free from all contracts, we could discuss it," he told Sky Sports F1.