Hamilton matched Ayrton Senna's tally of F1 poles in Montreal on Saturday, and in a post-qualifying ceremony he was given one of the Brazilian's iconic helmets in a box as a gift from the late driver's family.

Although it was suggested in the presentation that the helmet given to him was an actual race-worn one, it subsequently emerged this was not the case.

Instead, the one given to Hamilton on Saturday was a replica of a 1987 helmet.

The original, which has huge value, remains in the hands of the family and will be presented to Hamilton later on.

The Senna family has now clarified to Autosport that the helmet that will be given to Hamilton is not one that was actually raced.

Instead, it is one that was used for promotional purposes - such as photos and marketing appearances - during the 1987 season.

It was made to the same specification as a race helmet and was painted by Sid Mosca and his son Alan - who are the only people who ever painted helmets for Senna in F1.

With it having the same livery design as Senna used to win in Monaco, it was heavily photographed at the time. 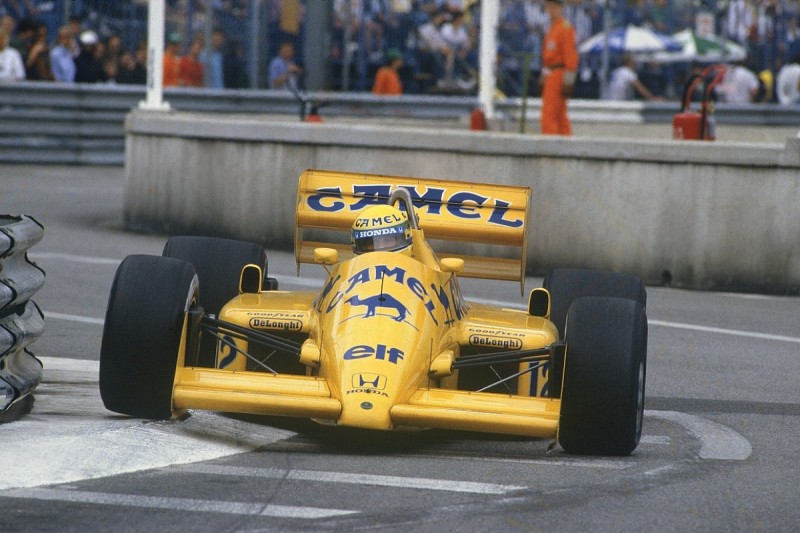 The Senna family took possession of the helmet in 1994, and since then it has been used in special events and exhibitions organised by the Ayrton Senna Institute.

Senna's niece Bianca Senna said that her uncle would have been only too happy, if he had still been alive today, to have presented the helmet himself to Hamilton.

"We've known for many years that Lewis is a big fan of my uncle's - he's actually an official Ayrton Senna Institute ambassador, supporting our actions that promote a better education for Brazilian children," she said.

"Our family is very happy with his achievements and I'm sure Ayrton would be in Montreal to deliver this special gift, absolutely happy in seeing his record being equalled by a driver as talented as Lewis is."

Hamilton posted a video on social media confirming that he had been given the replica for now, with the original to follow in the future.

"This one is a replica but I believe there is a real one waiting for me somewhere, so it was a very emotional moment for me," he said.