Mercedes' reigning world champion Lewis Hamilton continues to lead the way and now has an average rating of 8.28, while Red Bull's Max Verstappen, midfield star Carlos Sainz Jr and Charles Leclerc are the other members of the breakaway group.

Mid-season ratings leader Verstappen's run of one podium from four races since the summer break means he has dropped further behind Hamilton and now has a score of 8.12, while McLaren driver Sainz's average has crept up to 8.01.

Leclerc has claimed pole position for the last four races, and received a rating of 9.3 from readers at both the Italian and Singapore Grands Prix.

While he received a 7.8 in Russia as Ferrari's race imploded, his average has nevertheless risen to 7.9 as he pulls away from second McLaren driver Lando Norris - who heads fellow rookies George Russell and Alex Albon, up one position since his switch to the senior Red Bull team. 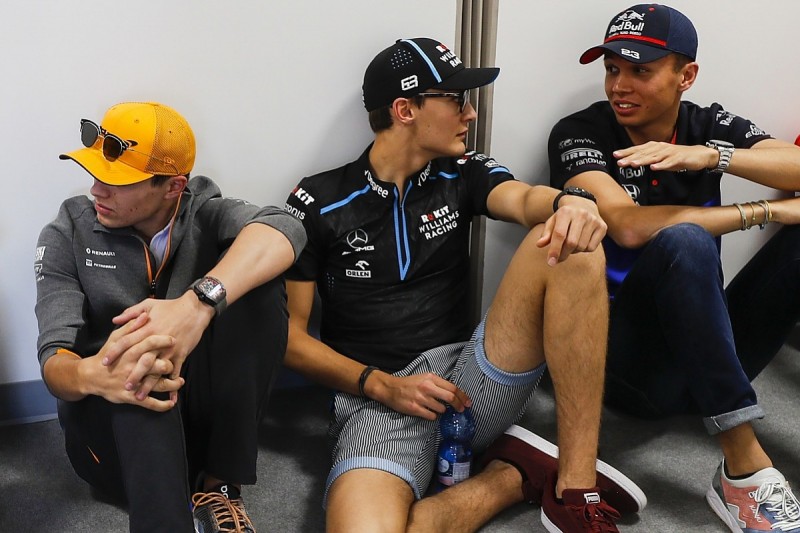 Racing Point's Sergio Perez has hauled himself back into the top 10, his average score of 7.04 from readers boosted by points-scoring finishes at three of the last four grands prix.

Nico Hulkenberg is the other improver in a largely stagnant midfield order, with his Renault team-mate Daniel Ricciardo 12th ahead of Sebastian Vettel - who remains 14th with a 6.57 average, despite earning an 8.8 from readers following his Singapore win.

There has been some progress for Pierre Gasly since his demotion from Red Bull.

The Frenchman's improved performances back at Toro Rosso have moved him off the bottom of the pile - a position now occupied by Williams's Robert Kubica - to 18th.