Lewis Hamilton says that there were positives to take away from Formula 1's Azerbaijan Grand Prix, despite crossing the line in 15th place and failing to score points.

Having run in third Hamilton looked set for a spectacular turnaround in his fortunes after his title rival and race leader Max Verstappen suffered a tyre failure and crashed, triggering a late red flag.

The Mercedes driver lined up second for the restart with a chance of taking the win from Verstappen’s team mate Sergio Perez, only to overshoot the first corner after accidentally switching his brake bias to the front. Hamilton thus dropped to last place for the two-lap sprint to the flag.

In looking for positives, the reigning world champion highlighted the way his team had kept changing the car through troubled practice sessions before finding a good solution for qualifying and the race.

“I think it’s been an incredibly difficult two weeks, or two races,” he said. “And I think today it’s obviously a painful experience. I think [Sunday] was really a stroke of bad luck. But Max had bad luck too, and these sorts of things happen.

“So naturally, sorry to all the team and we’ll just regroup and try and come back stronger.

"But I think there’s lots of positives to take from the weekend in terms of where we recovered to get back to, and we’ll come back stronger. 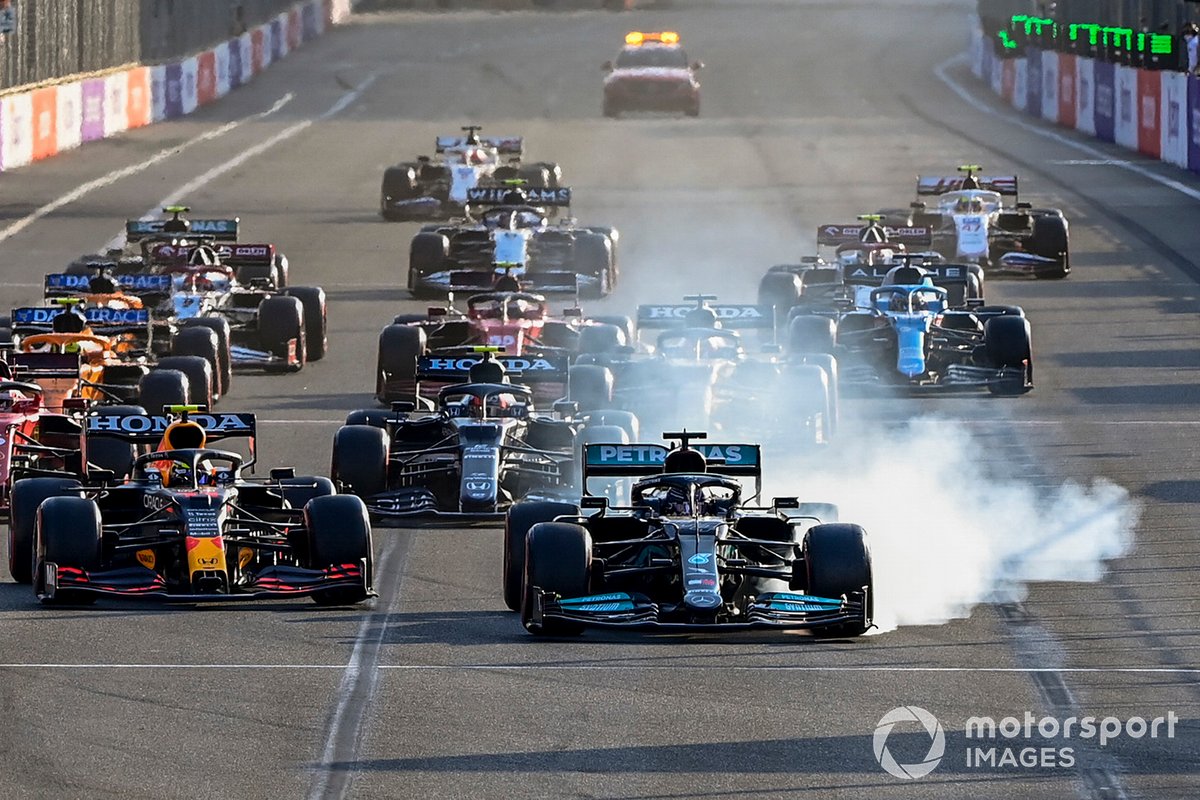 “I think naturally you can see clearly the Red Bull is the quickest at the moment. Very, very hard to keep up with them today. And so to have been in the mix, and in that position, was really an amazing experience.

“And it’s quite a humbling experience actually to come away with nothing after all the hard work. But these things happen.”

Asked by Autosport if he was concerned about Baku winner Perez taking points away in his battle with Verstappen he said: “I mean their car is incredibly fast, so I think undoubtedly the two of them together will make it difficult.

“That’s what we expected at the beginning of the year. So we’re going to just keep our head down.”

Hamilton said Verstappen’s failure to score in Azerbaijan did not temper his own frustration.

“It’s irrelevant, it doesn’t really make any difference to be honest. These lessons are sent to try us, and it’s just quite difficult also because I lost a friend [Mansour Ojjeh] this morning, and so just a mixture of emotions. But we live to fight another day.”