Lewis Hamilton had to be attended to by a Mercedes Formula 1 team doctor following the Hungarian Grand Prix after suffering from fatigue and dizziness.

The world champion had battled hard through the Hungaroring event to finish in third place, after a wrong strategy call at the start had initially dropped him to the back of the field.

Following a red flag restart on a damp but drying track, every other driver pitted at the end of the formation lap to take slick tyres.

Hamilton elected to continue on inters though and came around alone as the only car to form up on the grid.

But with the tyres clearly being wrong for the conditions, he was forced to pit at the end of the first lap and dropped to the back before charging through the field to grab third place behind Esteban Ocon and Sebastian Vettel.

A Mercedes spokesman confirmed that Hamilton was suffering from ‘fatigue and mild dizziness.’ 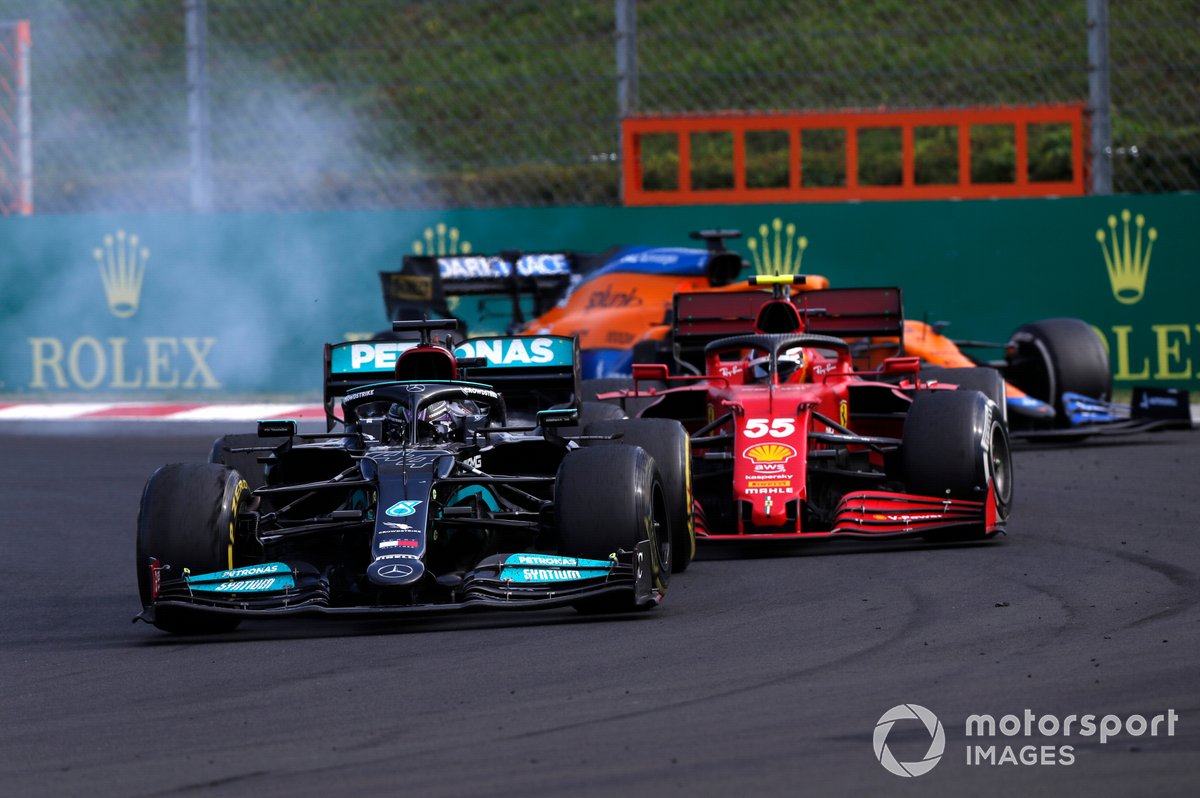 “I haven't spoken to him yet and the doctor is with him,” said Wolff. “I think you can just relate to it with the heat out there and a race like he had with tonnes of overtaking. That is exhausting. I think he should be alright, but better to be safe than sorry."

Speaking in the initial post-race F1 interview, Hamilton said he had left nothing on the table in his bid to push up the order.

“Today was definitely tough,” he said. “We always make it difficult for ourselves. And crazy to think we were the only ones in the grid at the start.

"But these things happen and we learn from them. I gave it everything and I had nothing left to the end.”

While Hamilton missed out on the win, his third spot, allied to title rival Max Verstappen’s 10th place finished, was enough for him to move back to the lead of the F1 championship standings.

“We came into this weekend and definitely didn't know how it's gonna go,” he said. “So considering the circumstances today. I'll take it.”