Max Verstappen says he's been left disappointed by the "freak moments" that have cost him valuable Formula 1 points following a collision at the start of the Hungarian Grand Prix.

On a damp track a slow starting Valtteri Bottas lost control of his Mercedes and slammed into the back of McLaren's Lando Norris, who then slid into the side of Verstappen's Red Bull.

The incident, which also ended up taking out Verstappen's team-mate Sergio Perez and brought out the red flag, caused the Dutchman to drop down the order with a severely damaged car.

Although the damage hindered his recovery, he has been provisionally promoted to ninth - pending an Aston Martin appeal - following Sebastian Vettel's post-race disqualification for a fuel irregularity.

It's the second race weekend in a row Verstappen missed out on a large haul of points, after contact with Lewis Hamilton in Silverstone resulted in a 51G crash.

Verstappen's troubles mean he has lost the championship lead to Hamilton, who heads into F1's summer break with a slender six-point lead after scoring a win and a podium in the past two races.

Verstappen said he was disappointed that "a lot of freak moments" are costing him dearly in the title fight against the seven-time world champion but said he wouldn't carry that disappointment into the summer break.

"These moments, it doesn’t do anything," he told Sky Sports F1 after the race. 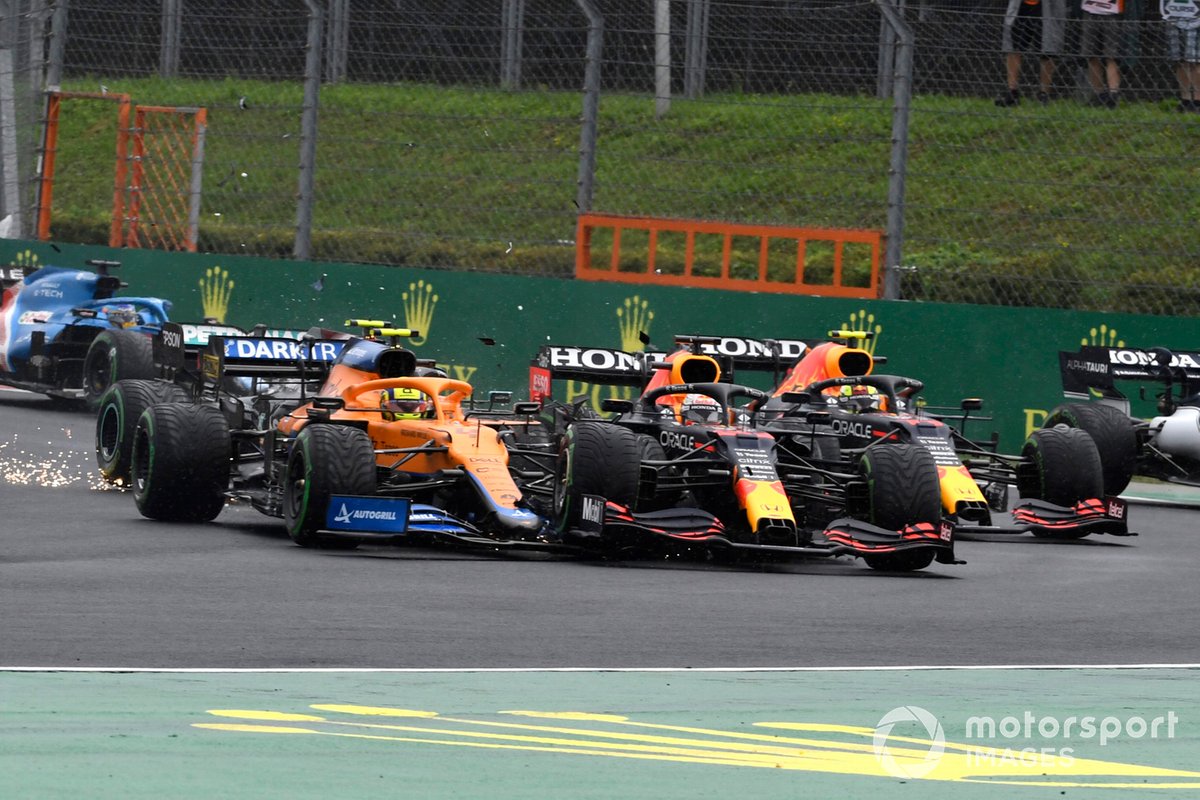 "It’s just disappointing. But I know that when we go again after the break, I will be there again, I will try my very best, and of course I hope my car is going to be competitive, but we’ll find out.

"It’s a lot of freak moments at the moment which cost us a lot of points.

"[Mercedes] are of course very quick. We will never give up. We have to focus on ourselves, we keep pushing, and we’ll see where we end up."

Verstappen explained that the right-hand side of his Red Bull sustained significant damage after being smashed by Norris' steerless McLaren.

The damage cost him valuable downforce that was particularly crucial at the demanding Hungaroring, making his car "almost impossible" to drive.

"Again taken out by a Mercedes, so that’s not what you want. From then onwards I was missing my whole side of the car, the whole bargeboard area and the floor was damaged as well," he explained.

"It was almost impossible to drive to be honest. I still tried my very best and I scored one point, so it’s at least something. But it’s of course not what you want."