Lewis Hamilton thinks his Mercedes Formula 1 team is “well set” to avoid a repeat of any team-mate tensions when George Russell joins next year.

Mercedes endured some difficult spells when Hamilton and then team-mate Nico Rosberg raced alongside each other from 2013 to 2016.

As well as having a difficult relationship behind the scenes, Mercedes found itself having to manage an increasingly fraught situation between the two drivers – especially as there were a number of collisions between them.

Things have been much better inside the team since Valtteri Bottas arrived in 2017, and Hamilton is hopeful that the arrival of Russell to replace Alfa Romeo-bound Bottas will not result in things reverting to how they were before, amid suggestions from Rosberg that relations inside the team could be "more heated" with Russell as his team-mate.

“It's different in each team, and it is ultimately how it's managed. But it's quite a strange sport where it's a team sport, but it's also an individual sport. So you've got those two championships.

“Individually you want to finish ahead, but at the same time, you've got to do the job to get the team ahead. So it's a difficult one to navigate through.

“But I'd like to think that we've experienced it and learned from it and therefore we should be pretty well set moving forwards.”

Although Hamilton is sad to see Bottas depart, having remarked at Spa that their working relationship was “better than ever”, the 36-year-old thinks that the arrival of Russell - 13 years his junior - will bring a fresh dynamic to Mercedes.

“Naturally he is a part of that younger group and I think the young talent that's coming through is so great for the sport, and is the future of the sport,” he explained. 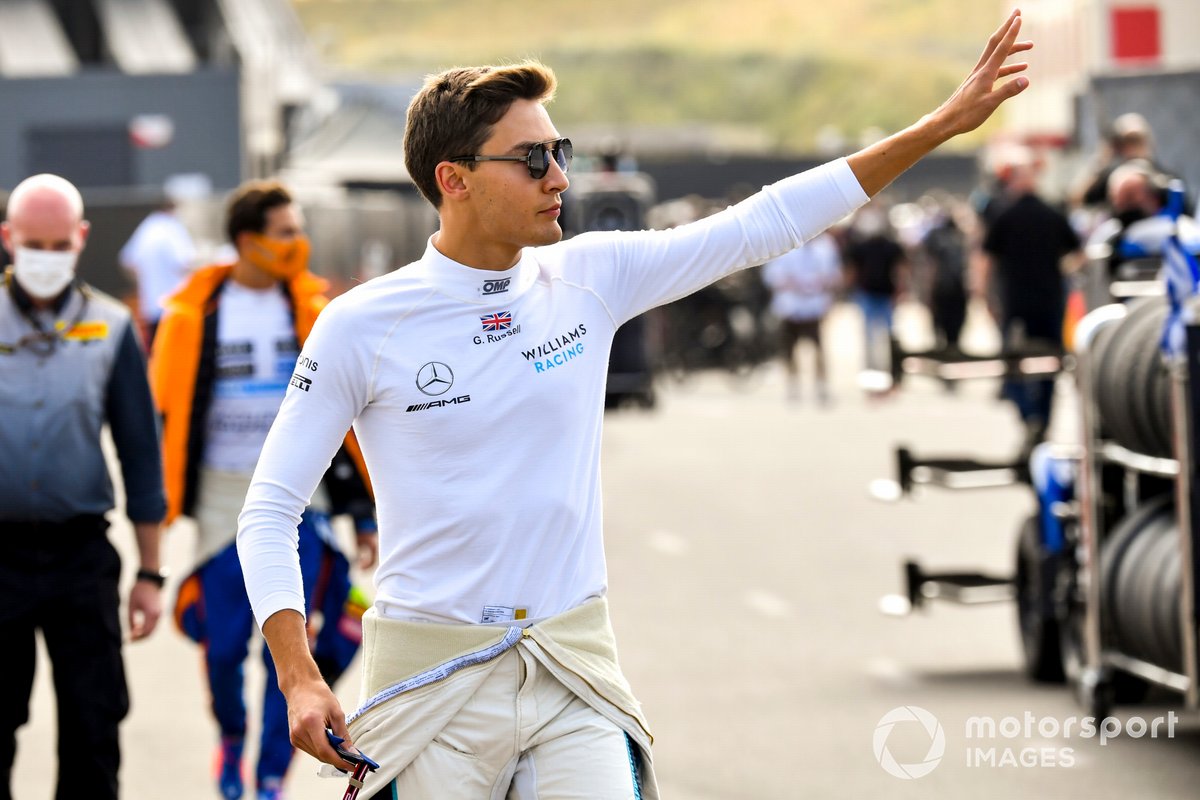 “I think new fresh blood in our team is going to be great, obviously because I'm the oldy there. I think that definitely will energise the whole team, knowing they have a new youngster coming through, who's super hungry, driven, and will be pushing the team forward.”

PLUS: Why F1’s new generation will bring ‘fresh air’ to the championship

Hamilton was also in no doubt that Russell will pose a strong challenge to him, having been outqualified by the current Williams driver for the Belgian GP.

When asked if he had looked at Russell's strengths and weaknesses, Hamilton replied: “I've watched George come through F3 and F2. Of course, I've watched a lot of the racing he has done, and the moves that he's done.

“There's no doubt that he's incredibly talented, but I've not looked into detail where he's weak. That’s not something I really put much energy towards.

“I just know that he's going to continue to get stronger, even in these next races. And next year again he'll be bringing the heat for sure.”