Silverstone has announced the provisional date for the 2022 Formula 1 British Grand Prix ahead of ticket sales starting soon.

F1 is yet to reveal the provisional calendar for next season, but the British Grand Prix has become the first race to get a publicly known date following an announcement by Silverstone on Friday.

The 2022 F1 British Grand Prix is provisionally scheduled for 1-3 July next year.

It marks a notable date change for the race, which took place on 18 July this year, and could potentially open up more space in July for other events to take place.

Silverstone played host to the first F1 race staged at full capacity since the start of the COVID-19 pandemic after the UK government used this year’s race as a public test event.

Over 140,000 fans attended the race and saw Lewis Hamilton take his eighth home victory, fighting back from a time penalty after a first-lap clash with Max Verstappen to win after a late pass on Charles Leclerc. 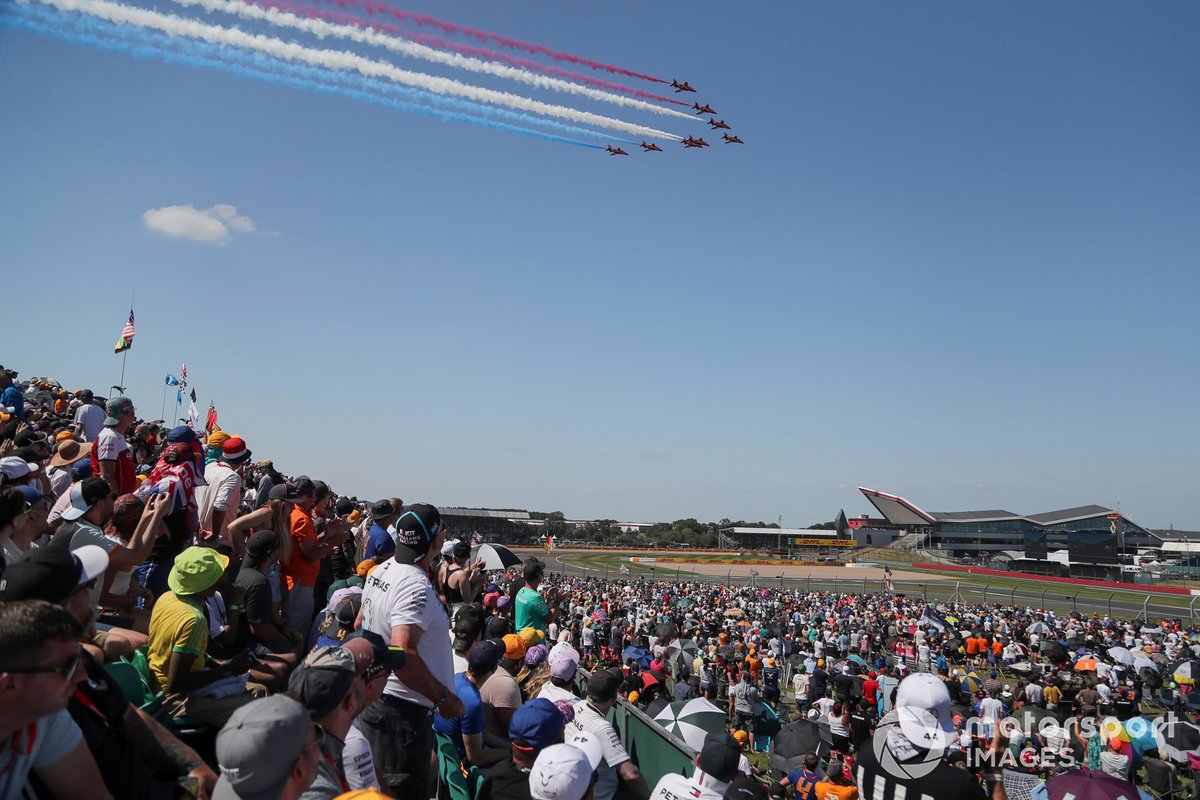 The RAF aerobatic display team, the Red Arrows, perform for the crowds in their BAE Systems Hawk T.Mk.1A's

A draft 2022 calendar is set to be issued to teams in the coming weeks, but caution has already been urged by some to avoid the use of triple-headers through the season for fear of the impact on team personnel.

This weekend’s Italian Grand Prix marks the third of three race weekends in a row for F1, completing the second triple-header of the year. A third is planned towards the end of the season across Mexico, Brazil and Qatar.

McLaren F1 boss Andreas Seidl said the series should “avoid them completely” in 2022, while Haas team chief Gunther Steiner believed there would be more double-headers next season.

“I haven’t seen the calendar, and it’s not only what we want to do, it’s also when the hosts of the races want the races to be,” Steiner said.

“But in general, everybody knows that triple-headers are very demanding to the personnel, and you feel it again here. It’s the third race in a row, and it is quite hard to do.

“So until we get the calendar, I don’t know what is happening, but I think the aim is to have the least as possible triple-headers. It will not be a standard thing in F1 to have triple-headers.”

You can be the first to know when tickets for the British Grand Prix go on sale by registering your interest via the Motorsport Tickets website.