Lewis Hamilton led from Formula 1 title rival Max Verstappen in opening practice for the Italian Grand Prix on Friday, topping the single session before qualifying this evening for Mercedes.

After losing the lead of the drivers’ championship at Zandvoort last Sunday, Hamilton made an early statement in his bid to leapfrog Verstappen again by setting the pace at Monza on Friday afternoon.

Hamilton spent the early part of the session trading fastest lap times with Verstappen’s Red Bull team-mate, Sergio Perez, who topped the timesheets at the halfway point in the session.

After seeing Verstappen go fastest upon switching to the soft tyre, Hamilton continued running on the slower medium compound, but nevertheless managed to snatch top spot away.

Hamilton’s lap of 1m20.926s was enough to give him P1 at the chequered flag despite a number of late efforts by drivers on the soft tyres, something Mercedes opted against with either of its cars.

Verstappen was left to settle for second place for Red Bull, finishing 0.452 seconds off Hamilton’s time, while Valtteri Bottas sat a further seven-hundredths of a second back in third place. 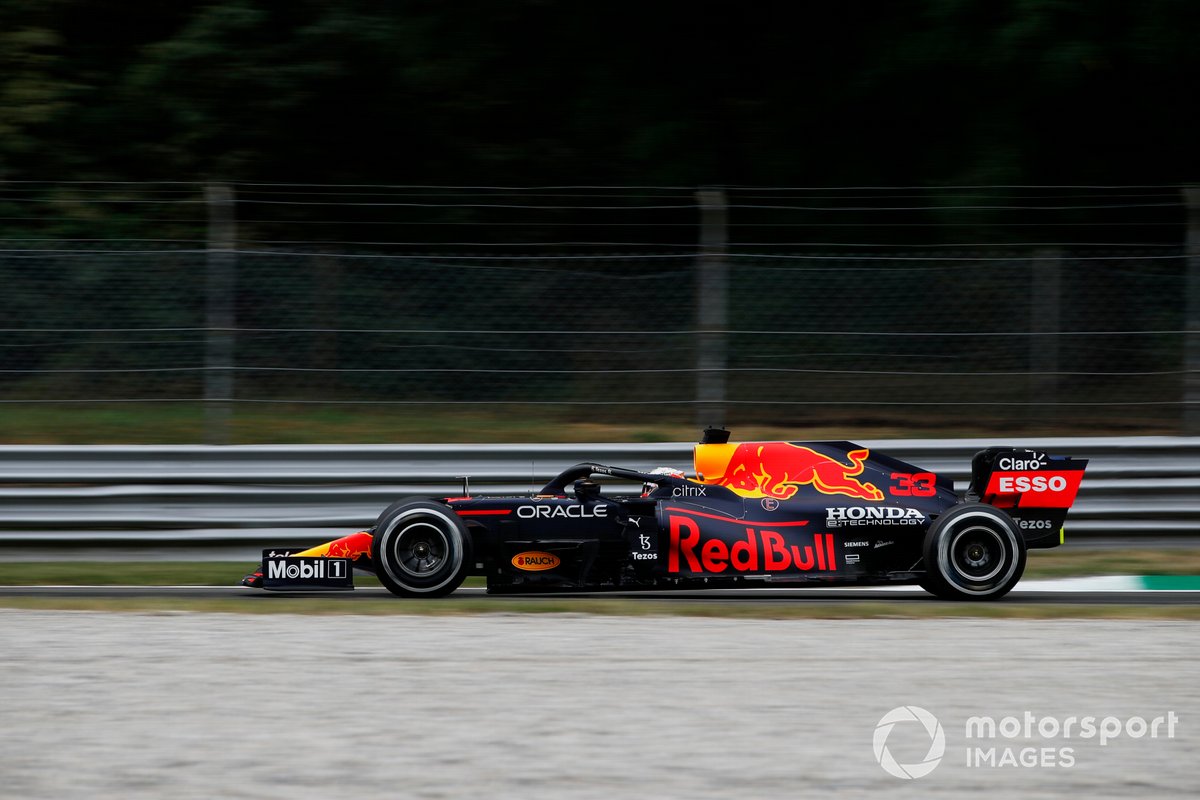 In the early part of the session, Verstappen reported that he was struggling with his car at low speed, noting a lack of rear grip at the exit of the Rettifilo chicane.

Verstappen’s P2 time was briefly beaten by McLaren’s Lando Norris with a couple of minutes remaining in the session, only for the British driver’s time to be deleted for exceeding track limits at Parabolica.

Norris was warned over team radio that he would encounter a number of drivers going slow on their outlaps, serving as “good practice for how bad it could be in qualifying” with drivers trying to find a tow and a gap on-track.

Home favourite Ferrari got just one car into the top 10 as Carlos Sainz Jr finished seventh, nine-tenths of a second off Hamilton’s benchmark. Team-mate Charles Leclerc could only managed 11th place overall, although he did set a time good enough for sixth before it got deleted due to track limits.

Fernando Alonso rose to eighth place for Alpine with a late lap, edging ahead of McLaren’s Daniel Ricciardo, with both drivers setting their best time on mediums. Sergio Perez completed the top 10 for Red Bull, having only gained one-tenth of a second from his mid-session P1 time. 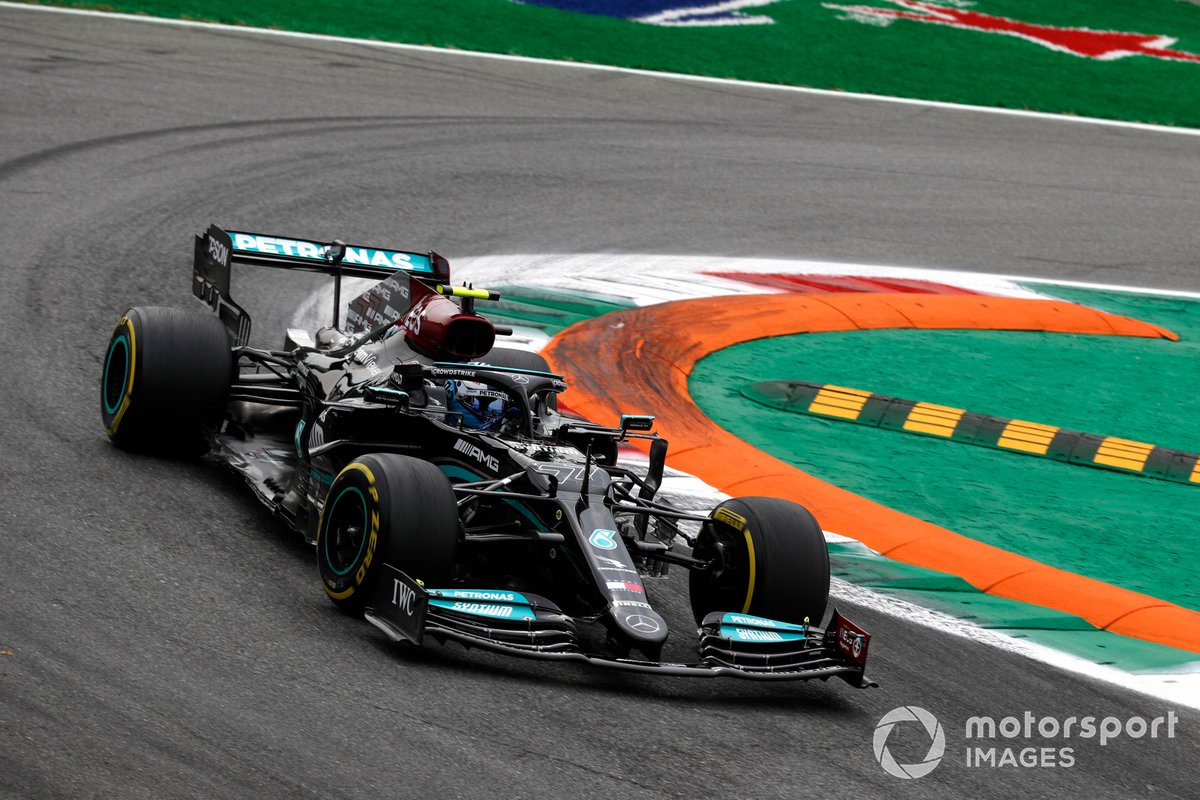 Norris ended the session 12th for McLaren after his deleted time had improved his best lap by nine-tenths of a second. He reported early in the session that his brake pedal felt “spongy”, resulting in three occasions where he missed the first chicane.

Antonio Giovinazzi finished 13th for Alfa Romeo ahead of AlphaTauri’s Yuki Tsunoda, who encountered confusion with his seat belts and a power issue during the session.

Alpine’s Esteban Ocon ended FP1 in 15th place ahead of Robert Kubica, who continued to deputise for Kimi Raikkonen at Alfa Romeo, returning to the track where he scored his maiden F1 podium in 2006.

Williams duo George Russell and Nicholas Latifi could only managed 17th and 18th, while the Haas pair of Nikita Mazepin and Mick Schumacher propped up the timesheets.

How Formula 1 has made itself unattractive to new teams