Lewis Hamilton says he would attack Max Verstappen in exactly the same way he did at Formula 1's British Grand Prix if the situation ever repeated itself.

With the controversy over the collision between Hamilton and Verstappen at Silverstone showing no sign of dying down, both drivers spoke at length about the incident for the first time in Hungary on Thursday.

Reflecting on the specifics of the crash, with Hamilton making a move down the inside into Copse, the world champion was clear that he would not change what he did if the same thing happened again.

"In terms of the move, I would do the move exactly the way I've probably done it and I did it last [time)," he explained.

"In terms of how I've reviewed it and analysed, from all my experience, and my experience obviously over the years speaks for a lot, I wouldn't change it."

Observers have analysed the build-up to the accident a lot, and there has been a great deal of intrigue about how different Hamilton's approach to attacking Charles Leclerc later on in the race was compared to the tighter line he took with Verstappen.

However, the Mercedes driver said he saw no need to waste energy explaining the difference between the two moves.

"I definitely can explain but I'm not going to explain," he said. "I've been racing 20 and god knows how many years. I know how to navigate through corners and [make] overtaking manoeuvres, and so I won't waste my energy trying to explain it. But it's definitely going to be difficult for people to fully understand." 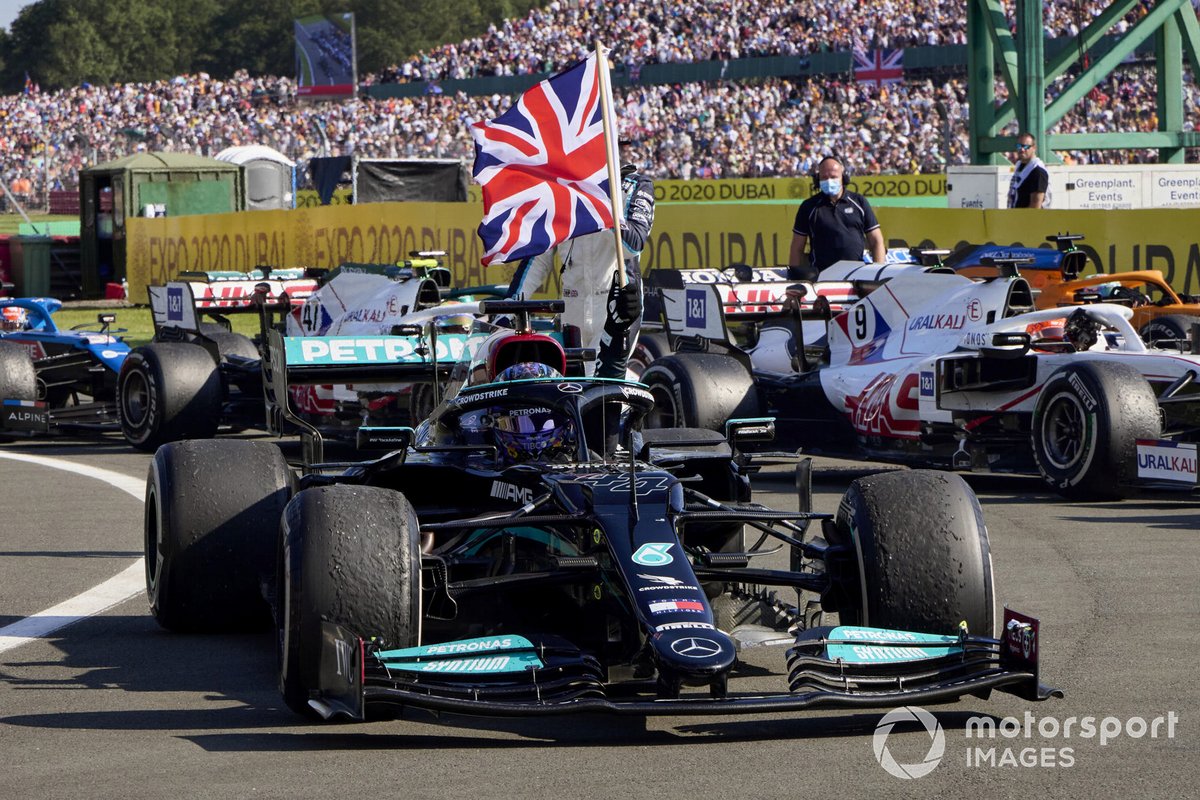 Hamilton also rejected claims that his post-race celebrations at the British Grand Prix were 'disrespectful' because Verstappen was undergoing checks in hospital at the time.

While the world champion was unaware that his rival had been taken away for further examination, he had ensured that Verstappen was uninjured from the crash in the immediate aftermath.

"I don't believe our behaviour was disrespectful," said Hamilton. "But as I said, it's one thing knowing and then celebrating what happened, and one thing not knowing and celebrating. And as I told you I wasn't aware.

"But it's my home grand prix, and we worked incredibly hard for who knows how long to get a result like that. And what a monumental moment it was for us to experience the whole home crowd, being there for the first time, obviously since last year was missed, and emotions were running high.

"It wasn't like an intentional celebration. It was just the joy of seeing so many people celebrating being together and that's the natural emotion, I'm not going to hide my emotions. And it was an amazing feeling to see so many people. "

Hamilton confirmed that he phoned Verstappen after the British GP to check on the Dutchman's progress, but hinted that perhaps they remained apart in their views of the situation.

"I did give Max a call after the race to just check he feels okay and let him know that the respect is still there," he said. "Perhaps it is not reciprocated, but that's okay."