Lewis Hamilton has likened trying to find the limit of his Mercedes Formula 1 car to the uncertainty of creeping up behind a horse that could kick you.

The seven-time world champion has endured a difficult 2022 campaign with the Mercedes W13, which has suffered from excessive bouncing and a lack of performance.

Hamilton has described the car as the most ‘unpredictable’ of his career, and says the experience of taming it has been a challenge.

Speaking in an interview with selected media, including Autosport, looking back at the 2022 season, Hamilton said of the car: “I described it to my engineers: imagine if you are creeping up behind a horse and you’re trying to get as close as possible, what’s the breaking point before it kicks you in the face? And you know it’s going to hurt when it hits your face.

“That’s one of the best ways I can say what it’s like, when you’re trying to lean on the car and it’s snapping and unrecoverable. And this car, it’s random.” 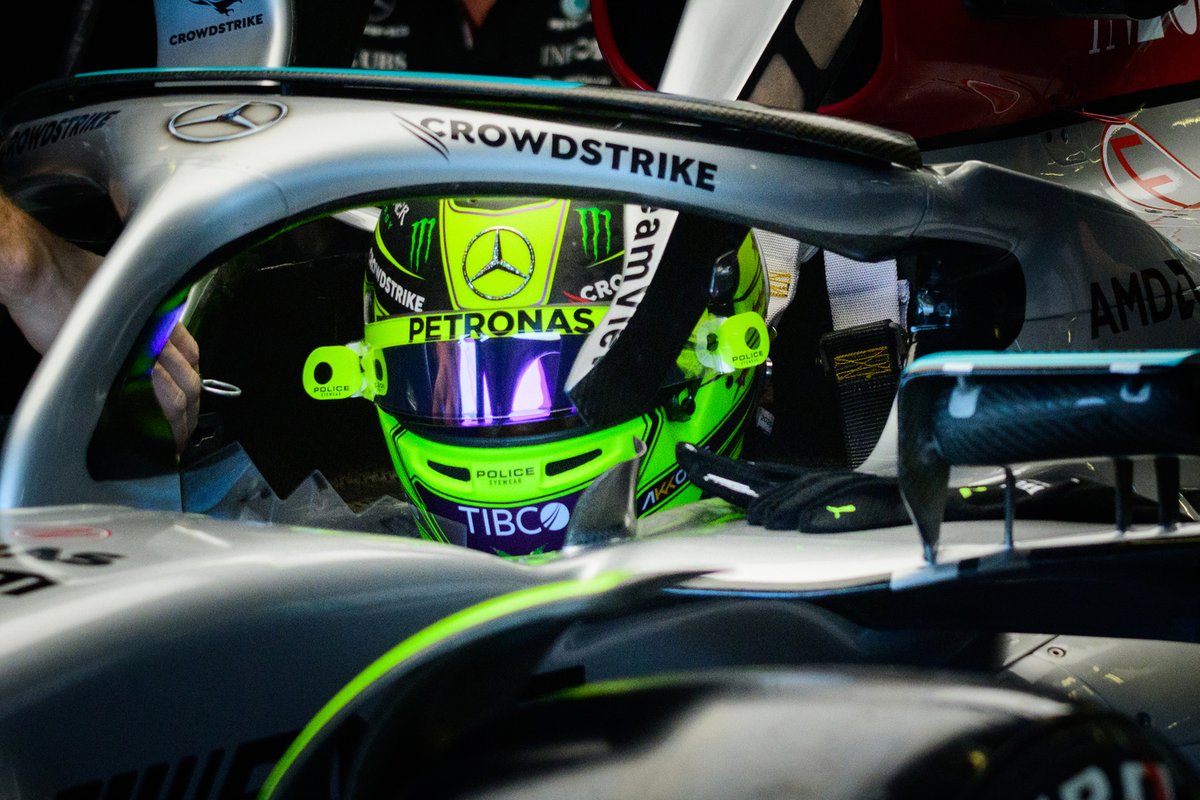 Hamilton said that he knew from the very first test with the car before the start of the season that things were not going to be easy – but he had hoped the team would get on top of things quicker than it did.

“It’s sometimes difficult to know how long it’s going to take to fix those things. Plus, I’d never had bouncing like that.

"You just hold on to hope. And then the next upgrade comes and it doesn’t work, and the next one comes and doesn’t work. Imagine people that are building those things and they are seeing performance in the windtunnel but they are not seeing it on the track. Ah Jesus, you just keep getting knocked back down.

“But what doesn’t kill you makes you stronger, and we’re still standing tall. It’s not going to be easy to change the car into a leading car for next year but I think we have a much better understanding in why the car is the way it is.” 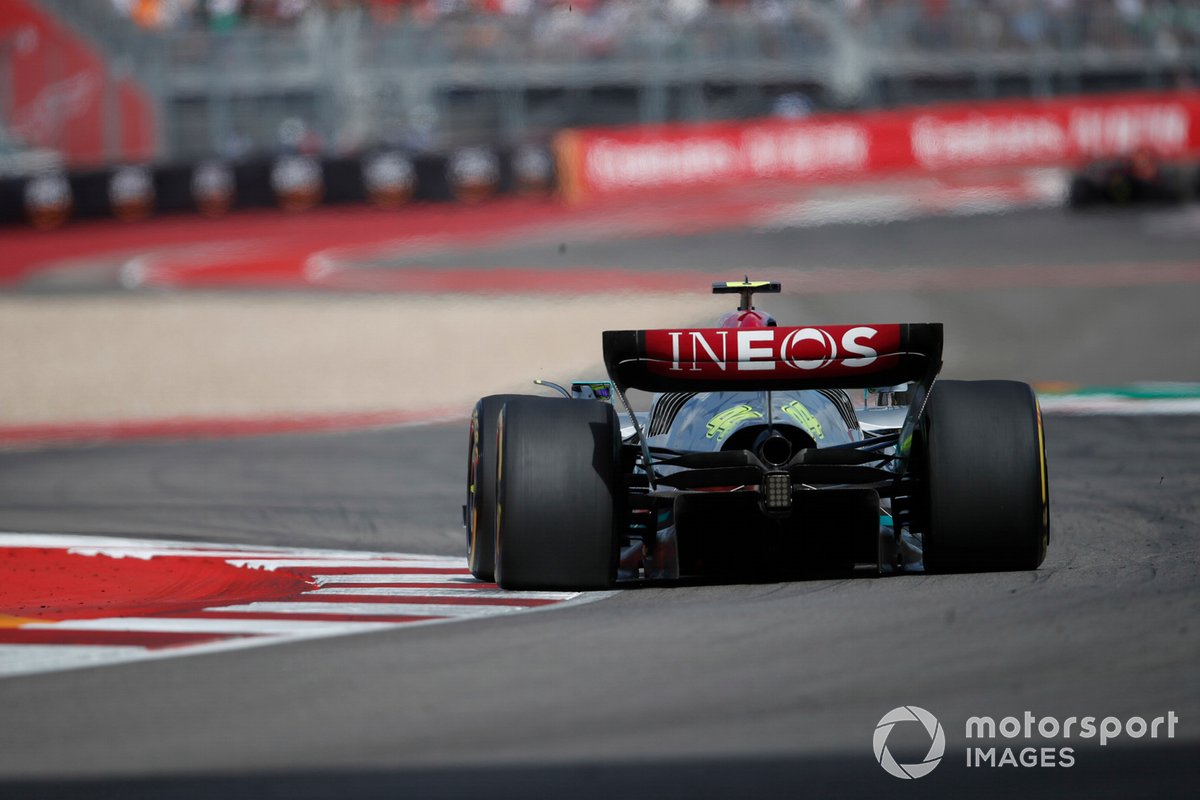 While the extreme bouncing of Mercedes has been a key factor in holding Mercedes back, Hamilton says there were several factors at play to explain the lack of performance compared to Ferrari and Red Bull.

“It’s been a bunch of different things from the get-go,” he said. “Bouncing was the one that’s most visible.

"Stiffness, global stiffness of the car, to the point that the suspension is pretty useless. Stiffer than the tyres. The tyres are then squashing and bouncing, so we’re bouncing on the tyres as well.

“And then aero characteristics. Drag is a huge problem for us. When we get past a certain speed that’s when other people are pulling away.

“It’s when you brake and the front dips and the rear comes up and the aero transferring during that period and when you get on the power. It’s different between low and high-speed. There are so many problems.

“That’s why literally I have tried everything. I’ve tried every setting you can possibly do. That’s what I was doing at the beginning of the year.

“The whole idea of performing at your best and getting the best result each weekend, of course that would be nice but I was really about problem solving. So: 'I will sacrifice this session or all the sessions to be able to find more data and information for you.' So that when we go back to the factory they’ve got a better understanding of what’s going on. But it ultimately hindered some of the weekends.” 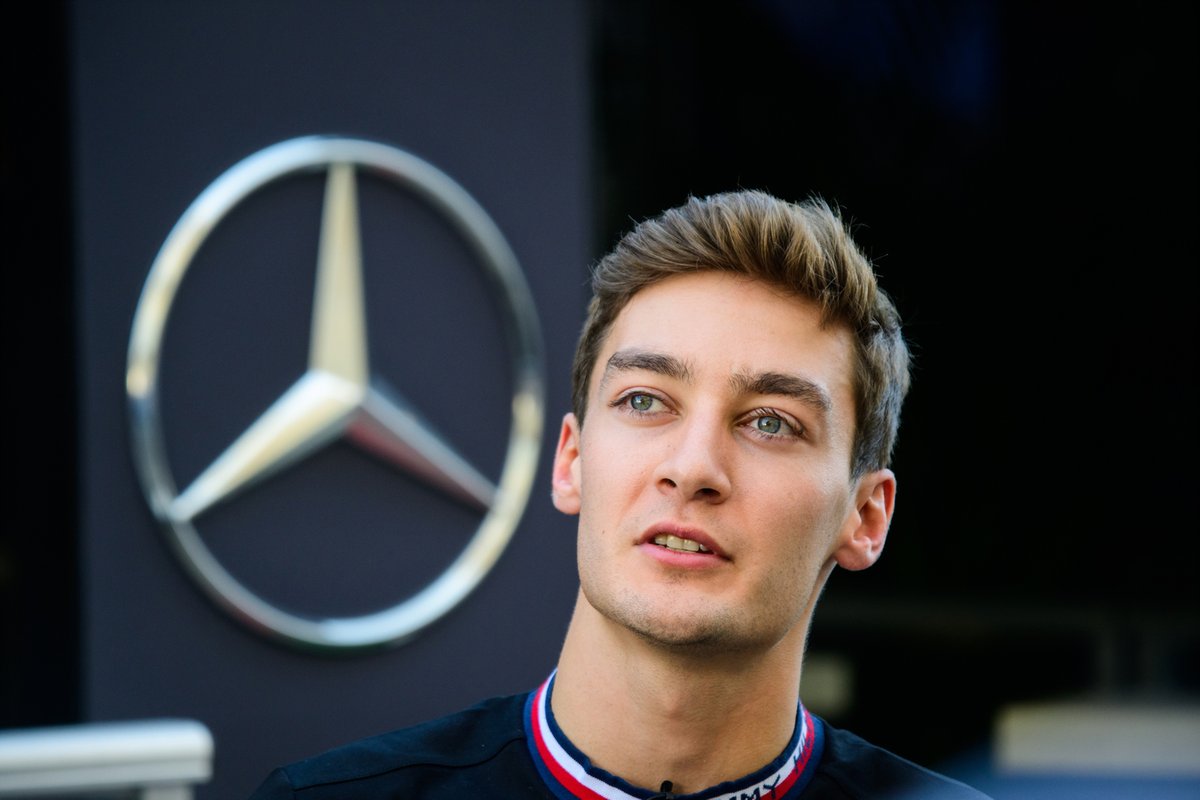 That willingness to experiment over the season also played a part in the dynamics between Hamilton and team-mate George Russell – who enjoyed several stand out qualifying and race performances.

Asked about a shift of competitiveness in the team, Hamilton said: “George is doing a great job. I don’t have any problems with it. There’s no issues in the background with us.

“George, I would say, and his team, they don’t experiment the same, obviously. But that’s because I’ve been here for a long time, so I’m willing to take these risks.

“I have the big, deep conversations with people I’ve been with for 10 years. So, me and Shov [Andrew Shovlin] can have arguments, constructive arguments.

“George, it’s his first year with the team so he’s come in and he’s just doing his job to the best of his ability. Very little movement of setup. I’m doing all the leg-work, back and forth here and there, different wings, all these different things and I like that anyway.

“If we come into next year and we have a car that we are much happier with, then we can be more focussed on that whole… not having to go crazy with setups. Then we can have a better battle.

“If he finishes ahead at the end of the season, I don’t really feel anything about it; we’re not in the championship. We are fourth and sixth. Now, if it was first and second, it’s different.”