Although Hamilton claimed victory in the Singapore Grand Prix, Mercedes has generally struggled on high-downforce, low-speed F1 circuits such as Marina Bay.

Ferrari finished one-two in Monaco and Hungary, and Sebastian Vettel took pole in Singapore before crashing out at the start, while Hamilton qualified 0.635 seconds off the pace in fifth with team-mate Valtteri Bottas 1.319s adrift of Vettel.

Bottas revealed after the previous race at Monza that Mercedes is working on upgrades to the W08 that were not ready in time for Singapore, but Hamilton says the car's flaws are too fundamental to be fixed before the end of the season.

"I think this weekend really shows the strengths and weaknesses of our car and the characteristics," Hamilton said.

"In the dry conditions we were nowhere, so to come to probably our weakest circuit, perhaps second or first to Monaco, and win is obviously a great result.

"We've got to stay on our toes and keep trying to extract everything out of this car.

"We've just got to make sure [when] we do it that it doesn't make it worse, because it's actually pretty good elsewhere." 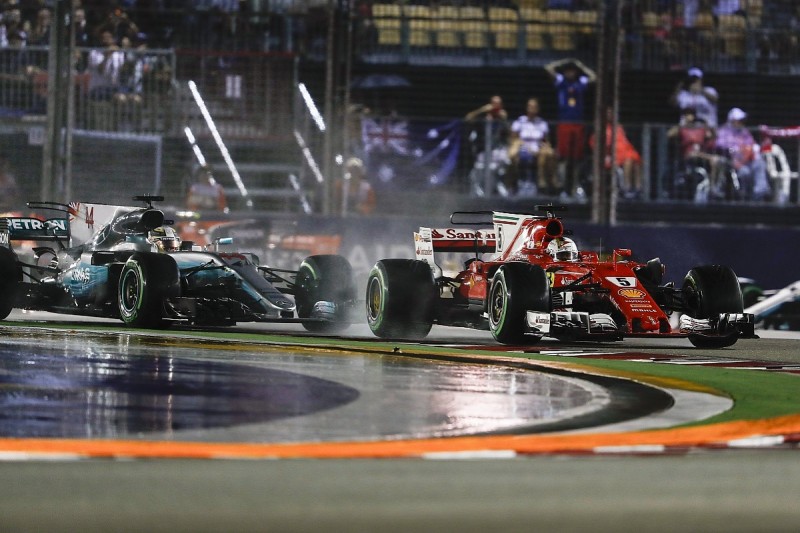 Although he has now opened a 28-point lead over Vettel in the championship, and the remaining circuits on the 2017 calendar should better suit Mercedes, Hamilton is anticipating a close battle until the end of the year.

"Malaysia, I think we should be OK," he added.

"Then we have Japan, high downforce circuit, could be close - [the] Red Bulls are very, very strong at that circuit, it won't definitely be our strongest circuit.

"Honestly, I think it's going to be very close in the next races.

"It's hard to predict. Maybe when you go to Mexico, for example, you've put your maximum downforce on, but because it's so high [in altitude] there's little drag and maybe the cars that have a bit more downforce might just have the edge on us.

"But it's all hearsay. We'll find out when we get there."