After the first session featured no representative running due to George Russell's accident and subsequent track checks, Ferrari dominated the afternoon practice.

Charles Leclerc led a Ferrari one-two by three tenths of a second over Sebastian Vettel, and was 0.669s quicker than Hamilton's Mercedes.

Championship leader Hamilton admitted it had been "a bit of an odd day" on track, but conceded that the early signs from Ferrari were ominous.

"FP2 went really well, I was feeling good out there and I was more comfortable in the car than I was last year," said Hamilton, who ended up winning the 2018 Azerbaijan race after team-mate Valtteri Bottas's late puncture.

"However, the Ferraris are clearly very quick and it looks like they're quite a bit ahead of us, so we'll need to investigate to see where we are losing time compared to them.

"It's unlikely that we will find seven tenths over night, but we'll do everything we can to push the car in the right direction."

Bottas ended the day 1.1s off the pace and almost half a second down on his team-mate, conceding afterwards that he was "not really pleased with the laps I did".

Ferrari brought its first major updates to the SF90 for the Baku race, but Friday pacesetter Leclerc said it was "quite difficult to judge the new aero package" based on the limited running.

He stressed that he expects a stronger challenge from Mercedes later in the weekend based on its race simulations on Friday. 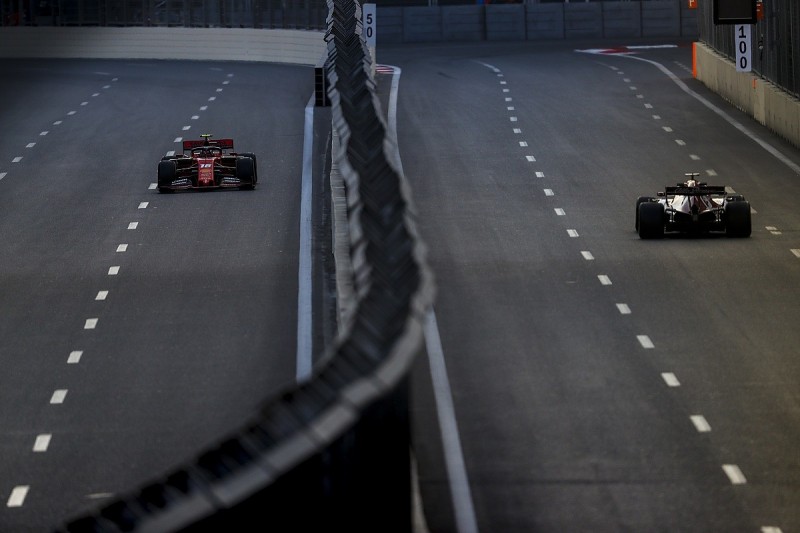 "I think they were quite strong in the race run, so I expect them to be there for the quali run tomorrow when they put everything together," Leclerc said.

"Our long run pace looked a little bit stronger than our short run pace, so we'll need to try and find out why," said Hamilton.

"We're not where we need to be lap for the single-lap work, but looked reasonably paced for the longer runs," echoed Allison.

"So we have a bit of work to do overnight to tidy up the handling to give the drivers the confidence to really smash it around the lap and then hopefully we'll have a good weekend."