Lewis Hamilton says the decision to disqualify him from qualifying ahead of Formula 1's Sao Paulo Grand Prix was "devastating", but could reset to perform a stunning sprint race recovery.

Hamilton's DRS flap was adjudged to have opened beyond the 85mm maximum slot gap, and thus he was disqualified from his first-place start in the sprint race following a breach of the technical regulations.

Starting from the back, Hamilton was able to swashbuckle his way through the order in the 24-lap race, dispatching three-quarters of the field to climb up to fifth place in the sprint.

Hamilton admitted that the decision to send him to the back of the grid was difficult to deal with, but explained that he was able to "reset" his mind and focus on making up ground in the Saturday race to improve his grid spot for Sunday.

"While the team were working away, delegating with the stewards, I was just trying to focus on my work with my engineers and keeping the morale with my mechanics high and just focusing on the job at hand and not thinking about it.

"Of course, just before I heard about the result, it was devastating. But you can't let that hold you back, keep your head down, I've got to keep going.

"And so I quickly reset, got my mind focused on doing what I could do, and just given it my everything." 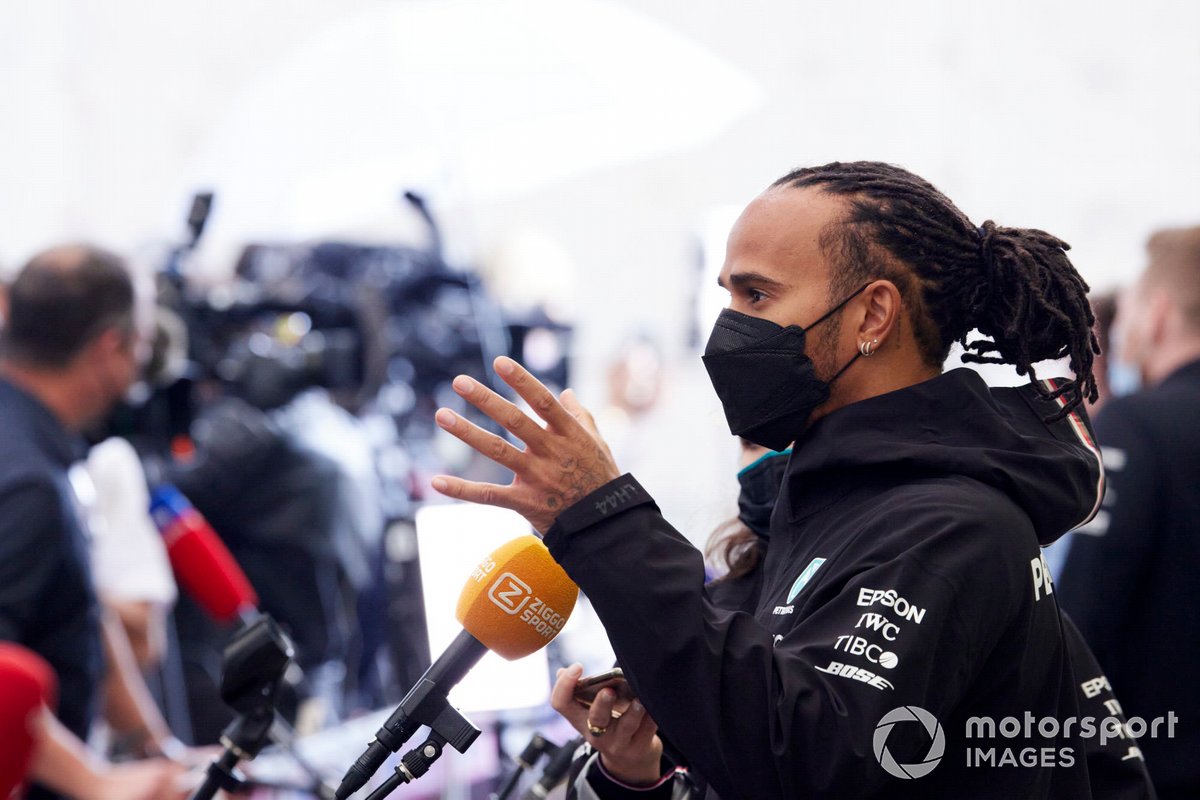 Hamilton's rapid ascent through the order will yield a 10th-place start in Sunday's race at Interlagos, following an earlier penalty for taking a new Mercedes internal combustion engine.

The seven-time F1 champion admitted that he didn't know how far up the order he could get in the sprint before the race began, but explained he used a number of the options available behind the wheel to enact his recovery.

"Honestly, I had no idea what was possible," Hamilton said.

"I didn't set a limit or maximum. I think, when I was at the back of the grid just before the start, before we pulled away for the formation lap, I think I might have been able to see like 10th.

"But then all of a sudden I was now chipping away at it much faster. And I really used a lot of different things for fuel today.

"But you know, you can't give up, you got to keep pushing."