Lewis Hamilton said the Bahrain Grand Prix was one of the hardest races he has had in Formula 1 for a while, as he triumphed after a thrilling duel with Max Verstappen.

The world champion took victory in the F1 season opener as he eked out his tyres for a long final stint at Sakhir and held off pre-race favourite Verstappen for the win.

Although Verstappen briefly managed to take the lead a few laps from home, he had the give the place back after running wide at Turn 4 – and then the Dutchman was unable to get close enough again for another shot at grabbing the front spot.

Speaking after the race, Hamilton made no secret of the fact that he had to work hard to pull off the victory on a weekend where Mercedes had been on the back foot. 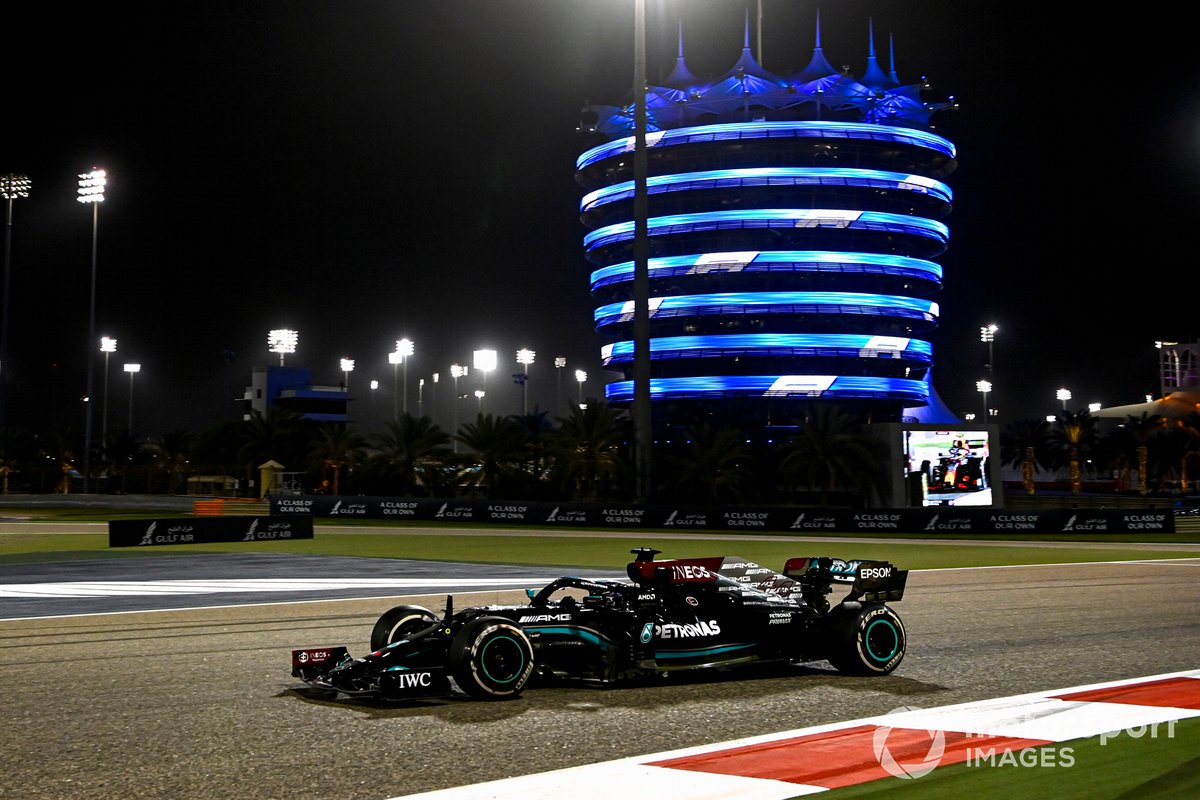 “Wow, what a difficult race that was,” said Hamilton. “Definitely stopping early, we knew it was going to be difficult but we had to cover Max. They've had an amazing performance all weekend. So it would take something really special.

“We stopped for that last stint and were trying to find the right balance between not pushing too much and having tyres that were alive the end of the race. It was difficult and Max was all over me right at the end, but we just about managed to hold him off.

“It was one of the hardest races I've had for a while, so I'm really grateful for it. Massively thankful to the men and women back at the factory and the guys, and here also, for continuously pushing the boundaries and never giving up even if we did feel we were behind.”

Hamilton said that he feared Mercedes could be giving away more than half a second of performance to Red Bull this weekend, which is why the win felt even better.

“It was so hard in the car today but what a great event, and this is a really good start for us,” he said. “Through testing we thought that we were going to be six to eight tenths behind. So the work that's going on the last week has been spectacular. And I'm just so proud to see everyone's so hyped for today as well.”