Haas scored points in three of its first four grands prix in 2016, placing it fifth in the constructors' championship initially.

It only scored twice more thereafter and fell to eighth in the standings, having taken an early decision to focus its resources on 2017 car preparations.

This year it entered the summer break seventh in the standings, one place and one point ahead of where it was at the same stage in 2016.

Team principal Gunther Steiner said that shows Haas has successfully avoided a trend of new F1 teams falling back in their second years because they struggle to design a car amid their first racing campaign.

"Part of my job is to prepare not to get in a hole," Steiner told Autosport.

"You can always end up in a hole but I had a terrible second season in one of my projects and I learned a lot out of it.

"Everybody was aware last year that we needed to be careful not to drop the ball.

"When last year we decided to switch over to develop the '17 car, because it wasn't going bad for us [at the time] it was like 'why are you not bringing updates, haven't you got any money?'

"No, no. We didn't want to, because we'd just confuse ourselves.

"First of all we'd confuse ourselves in '16 plus we'd fall behind in preparing for '17. 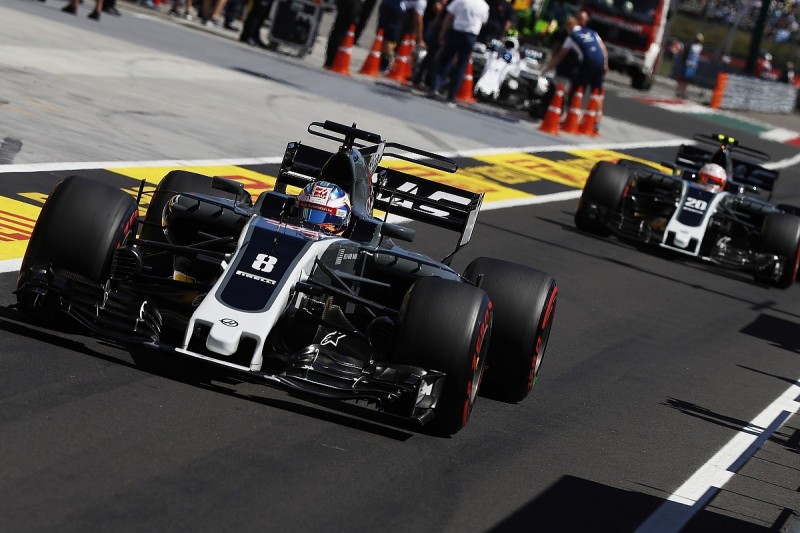 "I couldn't promise, but I always said 'we are of the second season [trend], it's pretty logical why it goes wrong, and having had it go wrong you do your best not to have it go wrong [again]'."

Steiner said last month that the final updates for the 2017 Haas would arrive at September's Singapore Grand Prix at the latest - "then there is no point [doing more] because we're working full time on the '18 car".

He also expects Ferrari to provide an engine upgrade at an undetermined race after the summer break.

Steiner added that Haas functions better this year simply because its personnel have more experience of working together.

"The team got better organised, not that we were badly organised, but you cannot be perfect in the first year," he said.

"The level is high here. The team stepped up, our focus is better.

"We didn't have a lot turnover of people. I wouldn't say I'm surprised, I'm proud of the people that we didn't get worse."

What next for F1's most maligned driver?