Even without using the softest tyres, Haas driver Kevin Magnussen finished the fortnight sixth quickest overall - around a second slower than Ferrari's Sebastian Vettel, who used hypersofts for his best time.

Haas's pace led to world champion Lewis Hamilton saying the team will be "up there this year", labelling its cars as "very, very fast".

While Steiner welcomed the praise, he insisted Haas has not achieved anything yet and remained cautious.

"It's flattering, but we are realistic. We are cautiously optimistic about it," said Steiner in Australia on Thursday.

"You need to ask them if they did it to divert the pressure or not, but we don't put ourselves under pressure because of the test results.

"We are all cautiously optimistic but we know we have a lot of work to do to get the result which apparently seems to there.

"It's not done yet. There's nothing done yet. We haven't achieved anything.

"Testing is not qualifying or a race, so there's still a long to way and again we will know more on Saturday about where we really stand compared to the other ones.

"We know where we are, but even if you are magic, if somebody's mega-magic you are still behind them." 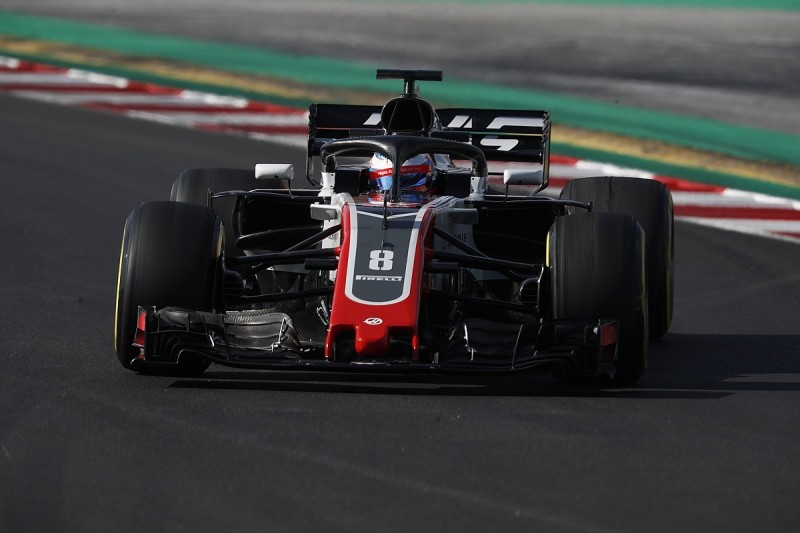 While his team boss downplayed expectations, Romain Grosjean reckoned there is reason to be optimistic and expects Haas to be within half a second of Ferrari.

"Everyone talks about the engine, it's a big part, but we have the [Ferrari] suspension, hydraulics, the gearbox as well, and all of that is a big part of our car," said Grosjean.

"That's why Gene [Haas] says 'I want to be within half a second of Ferrari' and I don't think that's unrealistic."

"We're going to fight some really big teams, which is amazing in our third year.

"Let's see what it's like but we just focus on our own job and not trying to make plans for reaching Mars or Jupiter or Neptune or whatever."

Steiner added that Haas has "a good plan in place" for in-season development.

"I don't know what the other ones are planning to put in, so it's difficult for me," he said.

"We can go with history but even spending a lot of money doesn't mean all the time that you get the results. Even if you spend 10 million or 20 million in updates it doesn't mean that you get for every million five points in aero efficiency.

"We have a good plan in place compared to ourselves from last year, to bring more and better updates, because we have matured as a team.

"But if we can keep up with them or not I don't know."