Haas admits that it has not yet completely put to bed the brake problems that dogged its first year in Formula 1, after facing further issues in testing this week

The American team has had a promising start to running with its 2017 car, with some strong lap times in testing at Barcelona.

But the week had not been without its difficulties, and one of the biggest headaches for Haas has been with its brakes.

It has struggled to find consistent performance from Brembo's disc and pads, which has had an impact on driver confidence.

Team principal Gunther Steiner said: "We are not completely done with the brakes. Our biggest problem is the inconsistency.

"So again, we have sometimes a brake that the drivers are really happy with, and then we get a set which we are not happy with. And we lose a lot of time.

"It is not only the time to change it, the driver loses confidence.

"Then, when you put the next one on, he needs to get into a state again that he is confident about what he gets. So we are not done with that yet. 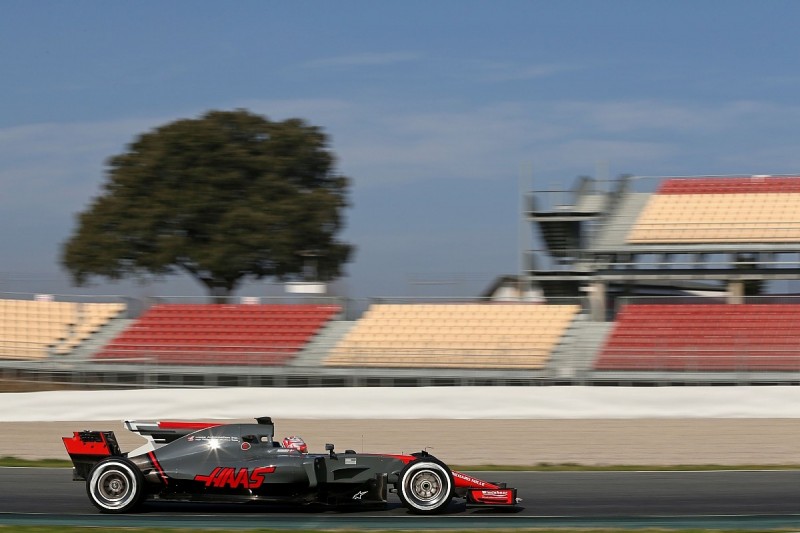 Brake issues were a recurring problem for Haas last year, and the team experimented with products from new supplier Carbone Industrie (CI) at the Brazilian Grand Prix.

Steiner said further tests with CI were set for early in the season, as Haas continues to seek a system that it is totally happy with.

"We haven't tested them [CI] enough to know if they are consistent or not," he said. "We did a test last year but we haven't come to a conclusion.

"We need to test them for this year, because we were late with the sign off and we have to produce new brakes because the discs are thicker and we haven't got them yet.

"We will test them. We just don't know exactly when or which race we will have them on."