Kimi Raikkonen says Ferrari has learned from recent Formula 1 campaigns, as it looks to keep a lid on expectations following a strong start to 2017 testing

Ferrari struggled in the first year of F1's turbo-hybrid engines but made serious inroads in 2015 to win three races with Sebastian Vettel.

That prompted Ferrari to declare it was targeting the championship last year, but it finished the campaign winless and not only failed to challenge Mercedes but was also overhauled by Red Bull.

It stayed quiet in launching its 2017 challenger, which performed well in the first pre-season test, and even though Raikkonen topped two of the four days, he feels it is wrong to look too far ahead.

"We are pretty optimistic every year, but then how it turns out at the end of the year is hard to say," he said.

"I think we learned our lessons from the past years.

"The team has done a good job over the winter and if it's good enough we will see during the year.

"So far it's been a good feeling, so we can't complain too much.

"Compared to last year it feels a lot better, but it's because of the rules.

"We have been doing our own stuff and we are happy with how things are going." 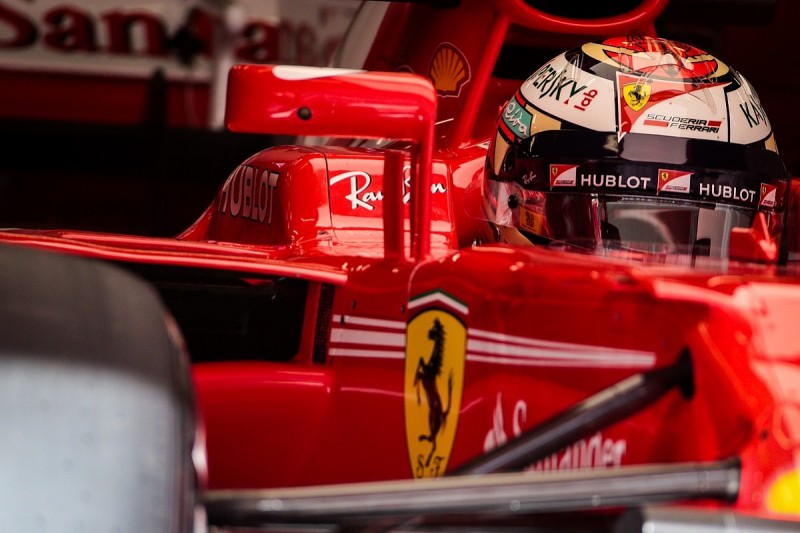 Raikkonen's team-mate Vettel was second-fastest on each of his two days in the new car, as the Ferrari pair split Mercedes' Valtteri Bottas and Lewis Hamilton in the combined order.

The Finn won the 2007 world championship with Ferrari but is yet to win a race since rejoining the team from Lotus at the start of '14.

Asked if the SF70H was the best Ferrari he has driven, Raikkonen stressed that the new-for-2017 regulations with beefed up aerodynamics and wider tyres made it impossible to make direct comparisons.

"Rules changes are a big part on how the cars feel and how fast they are, but you cannot compare between the years because the car has to feel better with the rule changes," he said.

"But is that going to be good enough to fight for the championship, we will see during the year.

"We are happy so far about how testing has been going."