Haas will bring an upgrade package to the Singapore Grand Prix in what is expected to be its last of the Formula 1 season, with development focused on 2017

The American newcomer started the season strongly with points in three of the first four races, followed by another points finish in Austria.

Its form dipped before recovering after the summer break with both Romain Grosjean and Esteban Gutierrez challenging for the positions just outside the top 10.

It is believed plans for next season accelerated after those impressive early races, as the team was keen to avoid a slump in its second year, but the developments for Singapore - encompassing the front wing, floor and brake ducts - have long been planned.

"These changes came from wind tunnel data and it took a little bit of time to develop the parts.

"We took our time so we are better prepared for next year. This is the last update for the 2016 car.

"It's hard to judge in Singapore, but we wanted to bring it to learn.

"Singapore is a bit of a gamble anyway so we want to see if we can get the package to work properly and then be ready for the races after." 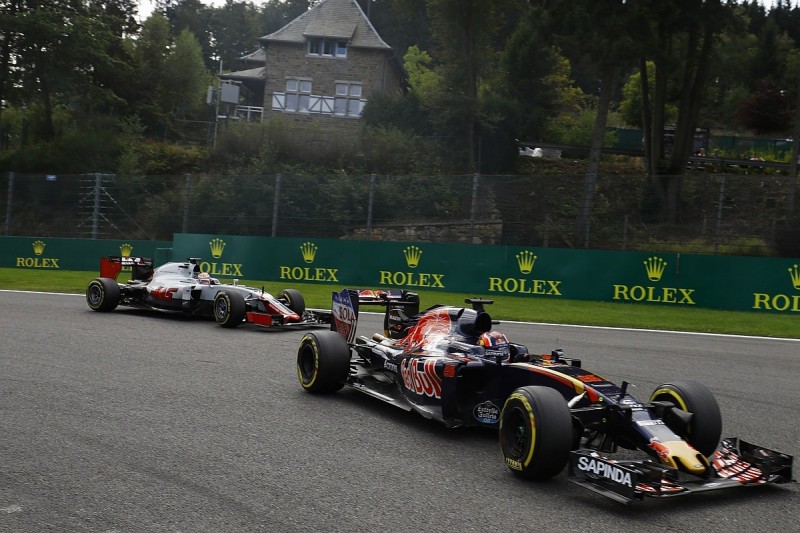 Haas was boosted by receiving a Ferrari engine upgrade at the same time as the works team at Monza.

Steiner has set his sights on challenging Toro Rosso for seventh in the constructors' championship but appreciates it will not be easy to close the 17-point gap over the remaining seven races.

"We will try to catch up to Toro Rosso," he said.

"But if the top five teams don't have problems, it's difficult to get into the points.

"The last three races we were stronger than Toro Rosso, if you look at the results it is clear.

"We've made a good step forward but the difficulty is we don't have to beat Toro Rosso, we have to beat someone else to get points."