Gunther Steiner says his Haas Formula 1 team will experiment with different car specifications at the Hungarian Grand Prix, but believes the outfit has made a step forward in Germany

Romain Grosjean has qualified sixth using the original Melbourne aerodynamic package after both Ferraris were hit with reliability problems, and team-mate Kevin Magnussen qualified 12th with the latest specification following a lock-up during his second Q2 run.

But in the cooler conditions of FP3 earlier in the day, Magnussen was fifth fastest and praised the package, confirming that track temperature is a factor in its inconsistent 2019 form.

"At least I think we are getting to a point where we understand what is happening," said Steiner.

"I think we're getting in the right direction with what we're doing, so we have to do some work to analyse the problem. It has to do with temperature.

"You do different things on the car but then the temperature and the tyres work differently, and I'm going back to tyres because they have a very small window, and then you are out of the window and you are this much slower.

"If you look at the car I think we have a better understanding of what is happening, we just need to keep on top of it. We need to fix it, but at least we have an idea of in which direction to go.

"First we need to understand exactly what is happening. Then we can find a solution. It looks like we are going to do that [in Hungary] to get more understanding.

"We need to be brave enough to say if maybe we've gone the wrong direction." 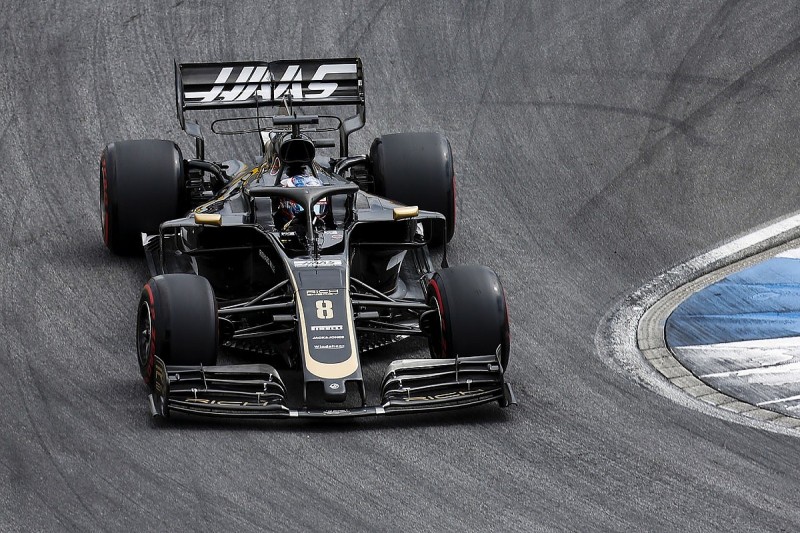 Grosjean added that the choice between the car specifications was still a difficult call.

"Yesterday I was very happy with very hot conditions, something we wanted to check and understand, and the whole package seems to be working very well," said the Frenchman when asked by Autosport.

"Kevin was not so happy with both packages yesterday [Barcelona- and Hockenheim-spec], but this morning he was flying in FP3 in cooler conditions.

"So I was like, 'Oh, maybe I should have gone with the newer car.' And then in qualifying it seems that it was kind of equal.

"It's quite impressive that a car is that old - it's not an old car in general, but in F1 you don't race in the normal time - is still capable of delivering good results. So it shows we know how to produce a car.

"Now we need to understand what is the difference between the packages and why Kevin was so competitive this morning and maybe lost some of the competitiveness, and maybe a fresh track was not so good with my car and the normal one was better.

"It's not an easy call because obviously, that old one works really well. The race 11 one, why is it good, why is it not good? I think it's a good step from race five, Barcelona. Looks like the guys have done a good job in that region."

Magnussen added it was "hard to explain" the temperature impact on his Haas car, but that the machine was "transformed" and "phenomenal" in the cooler FP3 conditions.