Haas is locked in a tight battle for fifth in the standings, with Renault one point behind, Toro Rosso nine clear and Williams a further 14 ahead with four races to go.

The American team boosted its chances with only its second double-points finish of the season in Japan as Kevin Magnussen and Romain Grosjean finished eighth and ninth respectively.

"I hope it helps," he said. "It could because Sainz is a good driver and he scored almost all of Toro Rosso's points.

"It's not a disadvantage for us.

"I wouldn't say we've got confident [of holding on to seventh in the constructors' championship], but we will try.

"We will work hard. We've got closer to Toro Rosso. The battle is not over in there, it just started in my opinion.

"It's tough. I'd rather be ahead, than behind. It's the same for Toro Rosso.

"They would rather be nine points ahead than nine behind. It keeps it interesting for the fans." 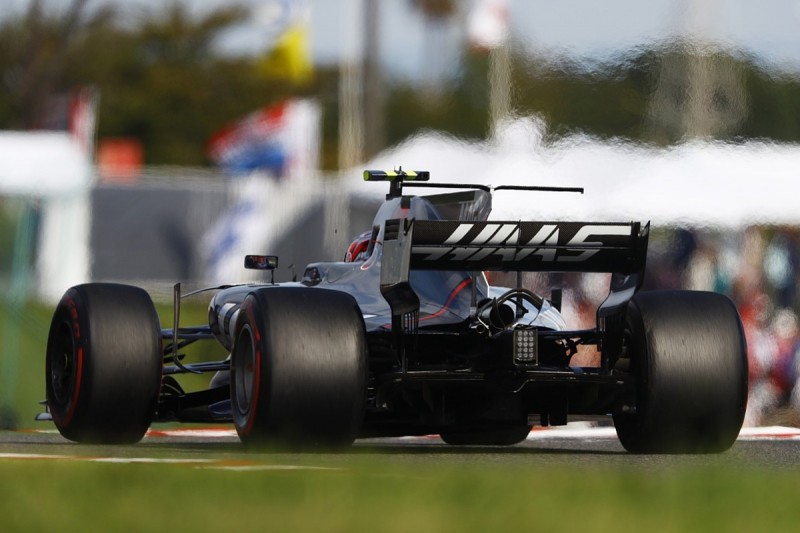 Haas plans to bring its final update of the season to its home race in Austin but is not expecting dramatic gains in lap time, as the majority if its focus is on next year's challenger.

"We have small updates for Austin, the last one for this car," said Steiner.

"It's a small modification for the floor but it's small, it's not something that will make us go half a second faster, nothing near it.

Haas has struggled with a peaky car this season, struggling to understand its performance from one race weekend to another and from qualifying to the race.

It struggled in the heat of Malaysia but faired much better as temperatures dropped last time out in Japan.

"There's a lot of teams here who don't know why they are fast or slow," Steiner added.

"It has a lot to do with tyres. It seems when it's colder, it's easier to work with the tyres. I think that's part of it. "On high downforce tracks, our aero is not the best."