While the American team struggled in Monaco last weekend it has enjoyed an otherwise strong start to the season, even finishing sixth in Spain despite other teams introducing upgrades for that race.

Haas team principal Gunther Steiner said in Spain it was a conscious choice to wait to introduce new parts on the VF-18, which will appear in Montreal next weekend.

"We've got quite significant changes," he said. "Front wing, floor, and all the bargeboard area, we've made those updates.

"Obviously, their aim is to go faster, to gain us speed.

"A lot of people brought their upgrades to Spain. We decided to bring them to Canada to have a little bit more time, because we're still a small team and cannot react as quickly as the big ones."

Haas needed to remove bargeboard components from the cars of Romain Grosjean and Kevin Magnussen in Monaco because of an inherent structural fragility. Both drivers had suffered parts breaking off in previous GPs.

The removal of these aero parts, which have been beefed up as part of the upgrade package, contributed to a terrible weekend in Monaco. 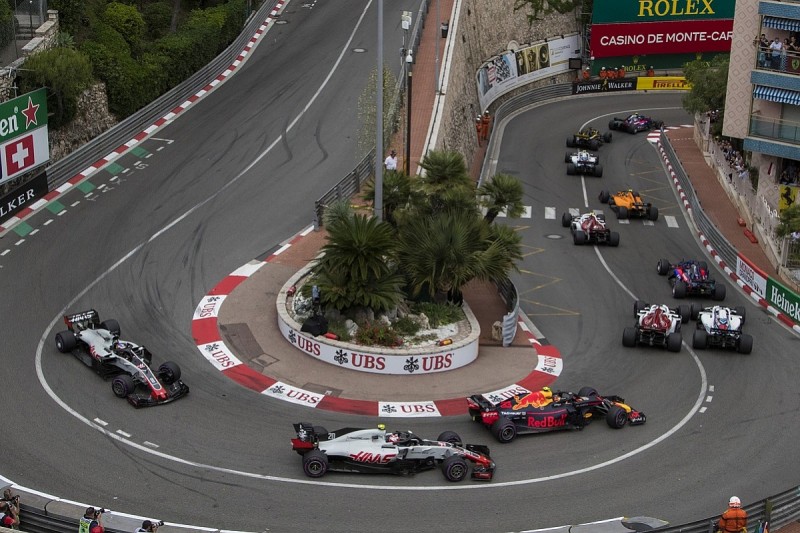 However, Haas's struggles were compounded by an inability to get the softer Pirelli compounds to work, particularly the hypersoft that made its debut in Monaco and will be used again in Canada.

"Tyre compounds are going to be the number one priority for us to understand with the new package," said Grosjean.

"The circuit is very different. It is much more high speed with much more kerb riding, so the set-ups are quite different."

"We've got to get a bit more understanding of them [the hypersofts] before heading to Canada.

"In the race, I've got to be honest, the three different compounds just didn't work for us.

"We were just cruising around, not driving, not pushing as hard as we wanted."

Magnussen predicted Monaco would be difficult for Haas because it put more emphasis on mechanical performance and the team's biggest strength this year is its aero package.

He said Haas learned something about the hypersofts in Monaco that it would "try and work with" in Canada to boost its performance.

"The hypersoft tyre is a good tyre, though in Monaco I think it was still too hard - it was difficult to switch on," he said.

"Hopefully, in Canada it will be a little bit easier. You've got longer straights to put load on the tyres at high speed to switch them on."

Why F1's hot property has nowhere to go