Haas F1 team believes it can develop drivers for Ferrari

The Haas team principal recruited Esteban Gutierrez, who was Ferrari reserve in 2015, on that basis to partner Romain Grosjean this season.

With the American team having a close relationship with Ferrari, including the supply of engines and all non-listed parts, Steiner said such an arrangement would make sense.

"Ferrari helped us out this year to find a driver," said Steiner.

"Last year, we were looking at drivers and they had one in Esteban so we took him.

"If Ferrari have a good development driver in their stable it is maybe too early to take into their team because Ferrari is Ferrari.

"Ferrari don't want to test a driver, they want a finished product there so if they ask us to have him for a year or two to develop him, why not?"

Ferrari protege Charles Leclerc could be in contention for a seat, having driven in three practice sessions for the team this season with further appearances in Malaysia and Abu Dhabi scheduled.

The teenager has impressed Haas with his work ethic and performance this season but must win the GP3 title - which he currently leads by 22 points - to qualify for the required F1 superlicence.

Steiner said he is open to having discussions with Ferrari in the future and likened the concept to Mercedes running its junior drivers Pascal Wehrlein and Esteban Ocon at Manor, which it supplies engines to. 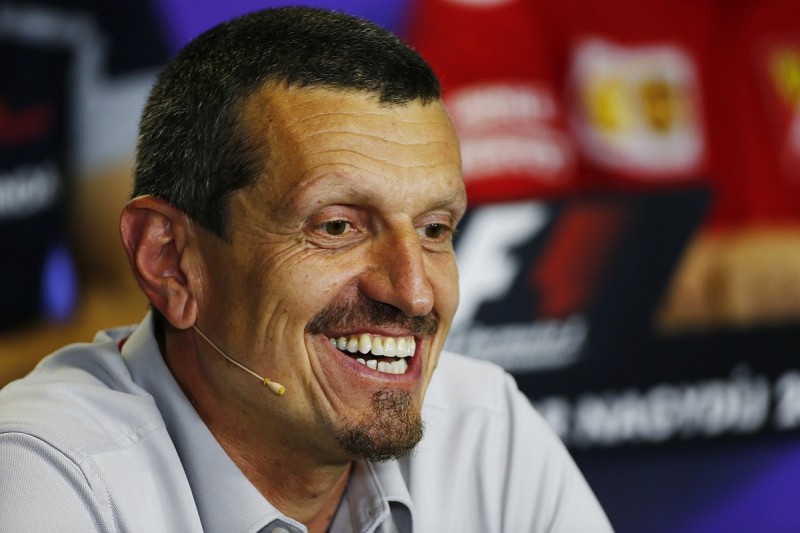 "At the moment, these discussions are not taking place," he said.

"If there is a good driver in the future, we always talk with Ferrari.

"We are close to them. It's similar like Mercedes maybe does at Manor.

"They have two drivers there which they develop because they have the Mercedes engine.

"But there is nothing in the pipeline at the moment."

Haas is understood to have agreed a deal for Grosjean, who has scored all 28 of the team's points, to stay next season but it has yet to decide on the second seat.

When asked about Gutierrez's performance, Steiner said: "It was a tough start for him and it wasn't only down to him.

"When we had an issue with the car, normally it was with his car, and he also had the accident in Australia with [Fernando] Alonso running into him.

"Having been in F1 and out of it for a year, it makes it more difficult than coming in new.

"He's been with Ferrari as a reserve driver, he has seen a lot of stuff, then he comes in and has to race again.

"Then there is the competition against Romain, who is not a bad driver, and trying to better him is difficult.

"But all in all he's doing a good job at the moment."