Haas: F1 rivals hypocritical on what they want from tech rules

The extent of Haas and Ferrari collaboration as F1's newest team took advantage of the 'non-listed parts' possibilities of the rulebook has caused controversy since Haas joined F1 - with some rivals expressing concerns that it opened the door to 'B team' arrangements that would stymie the chances of 'true' constructors making their whole cars themselves.

But amid debates over the 2021 rules and the possibility of more standard parts being used to save costs - an option unpopular with many - there is a new push for an 'open-source' approach where teams would publish certain elements of their designs online for others to potentially copy.

Asked by Autosport whether the enthusiasm in some quarters for this plan felt hypocritical to him, Steiner replied: "Yeah. I think there's a lot of inconsistency of what people think.

"It's like one day they think this; it's all done in the moment of what suits you, in my opinion.

"'We don't want you to buy parts, but if you put yours on and open source it, then maybe I copy it'. That confuses me.

"That's why I was always very relaxed about these things - it's like, 'Guys, we cannot just react to somebody performing better than somebody else and then try to hinder him and then open [it] up'.

"At some stage, we don't know anymore what to check and what is what.

"Trying to explain this to people, how to do this, how this sport is done, it's getting quite difficult because sometimes I need to read all these abbreviations three or four times until I remember them." 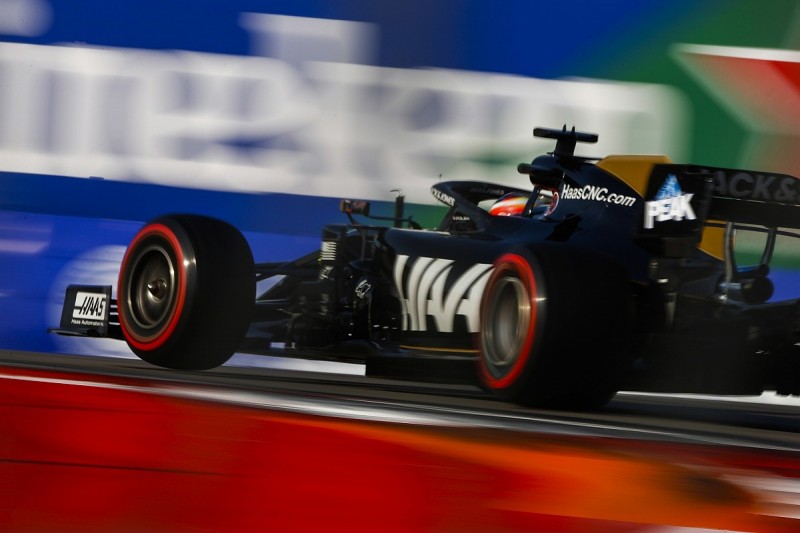 He also pointed that out the open-source idea could be limited because elements of one car's design could prove less effective when placed on an otherwise different design.

"We have to watch the consequences because all the parts which are on open source, they are holding onto something, they are connecting something," said Steiner.

"But I'm always for trying things - as long as we are prepared to try things and then to change them back where they are, it's good.

"We just don't need to be stubborn and say we try something and then we need to make sure what we did was right, to prove yourself right, because sometimes then you do the wrong thing."

Opponents of increased use of standard parts have claimed they could lead to a 'GP1' formula - a name inspired by one-make series such as GP2/3, now F2/F3 - in which cars are largely identical and development scope is severely limited.

"I always think we shouldn't go down the GP1 way because that is not in the DNA of Formula 1," Steiner added.

"Formula 1 lives off technology. At some stage, we go out of control - it's like everything. If you let too much freedom, it's just getting [to the point where] nobody can afford it anymore and there [is] where we are now.

"The budget cap should do a lot to help that one, but we cannot restrict it - that is not very constructive. We need to find middle ground."

FIA and FIM to work together to improve safety in motorsport