Haas Formula 1 boss Gunther Steiner says his drivers should listen and stop trying to be strategists, following the latest incident between Nikita Mazepin and Mick Schumacher.

Mazepin was left annoyed in qualifying for the Mexican Grand Prix when he was refused a request to overtake his teammate during a preparation lap in Q1.

When told he could not, he responded on the radio: "Are you having a laugh?"

Haas' chief race engineer Ayao Komatsu intervened and made clear the team was not joking, and told the Russian that he should drop back if he wanted a gap.

Mazepin felt it was unfair that he was turned down the request to move ahead of Schumacher, whereas his teammate was allowed to do exactly that to help better prepare his tyres at the Dutch Grand Prix.

"In the previous event in the Netherlands, we could exchange positions, and he's been given a green light, where I've been given a red light," explained Mazepin.

But Steiner does not think comparisons with what happened at Zandvoort are fair.

He is clear that one of the lessons from after that event was that the pitwall had final say on matters, because it was better able to judge the bigger picture of traffic than the drivers could in the cockpit.

"I think it was clear after Zandvoort, we discussed it," said Steiner. "We said that we [on the pitwall] will look in to what is going to happen, because we see a lot more than they see.

"We saw that there was no point [to let him through], because even if Nikita overtakes Mick, he will be stuck behind the Williams. So there is no gain there. And then his tyre temps were okay.

"So it was just like: no, stay where you are because otherwise we take a risk, going over the finish line and having our two cars drag racing down the straight and both losing out in Turn 1.

"In the end actually it ended up better for Nikita, because Mick got in traffic in the last turns, and he didn't. But he does not know that." 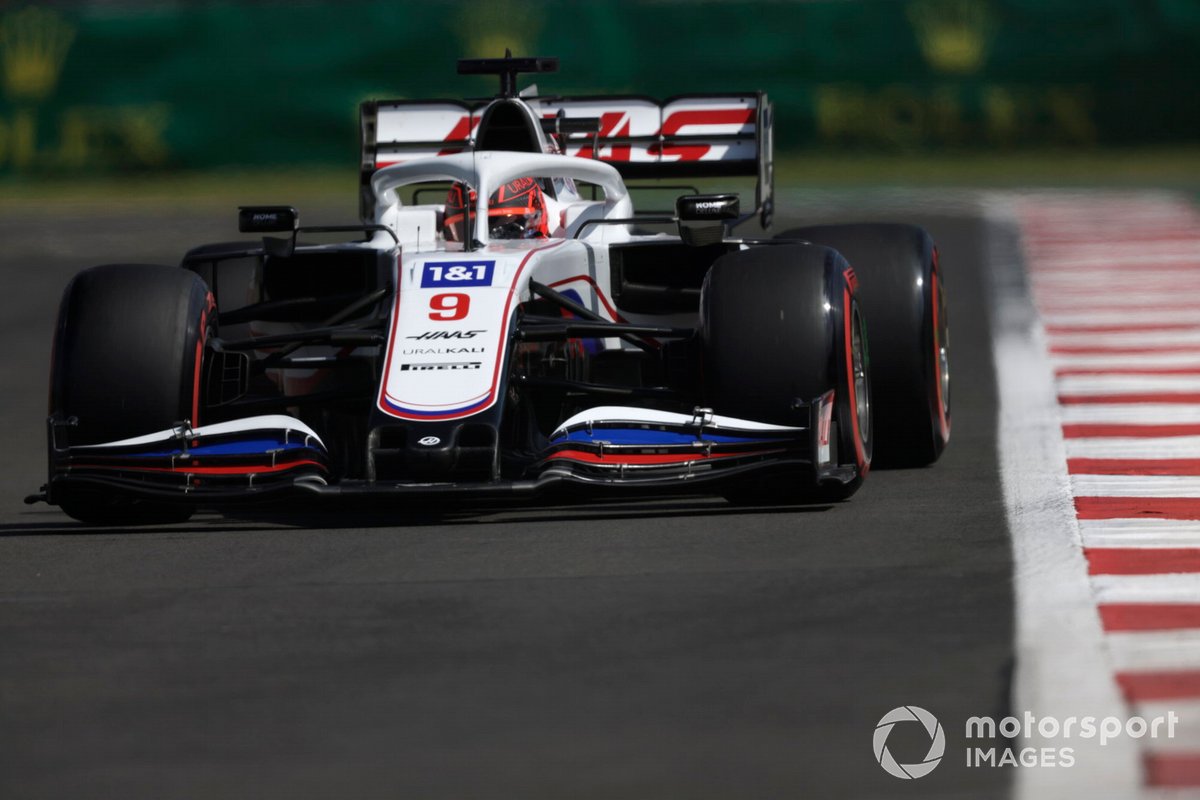 Steiner said Haas was always making decisions in the best interest of the team, and was not favouring one driver over the other.

"We just try to do the best, because what I always tell them: guys, we see a lot more than you. So do not try to be now the race strategist or anything. Just listen.

"Obviously his [Mazepin's] reaction was, I think, in the heat of the moment, he wanted to know more. And then it was just like, no: this is what you are doing."

Mazepin spoke to the team about the incident after qualifying and said it had not impacted his relationship, while Schumacher was also far from fussed about matters.

"Certainly from our side, everything happened as normal and as planned," said the German.

"Obviously, the Williams were there, but they were doing a faster out lap than we were planning on. We just did our normal out lap really.

"I think that the team set out clear instructions, and I think the instructions to hold came from both sides. From my side, I think there's no real reason to be upset in any way."