Renault has signed former Ferrari Academy member Guan Yu Zhou as its Formula 1 test and development driver for 2019, adding to his Formula 2 programme with UNI-Virtuosi

Zhou, 19, contested European Formula 3 in 2018 and finished eighth with Prema Racing, and has already tested with his new F2 team ahead of the '19 season.

The Chinese driver will get significant simulator time in his new role in the Renault Sport Academy, alongside sitting in on the team's engineering briefings.

"Renault is a very experienced and professional team in motorsports for a long time, so joining the academy will be a great help for my racing career," Zhou told Autosport.

"The F1 role can give me an earlier understanding of the things around F1, like the team, the people, and also the sponsors.

"All of these are the valuable elements for my future career.

"It's great to join such a big and top family.

"I remember when [Fernando] Alonso won the [constructors'] world championship with Renault at the Chinese GP in 2005.

"I was a big fan for him at that time, so to work with such a brilliant team is really a great experience for me, and for sure I will push myself hard to achieve what we planned for."

Despite the increased responsibility with a manufacturer-led F1 team, Zhou is confident the deal can help and not hinder his F2 performance in his maiden season.

While UNI-Virtuosi is a new team on paper, many of the personnel carry over from the Russian Time team that it replaces.

"The Renault Academy has a top team to support all its drivers," added Zhou, who is already based in the UK. 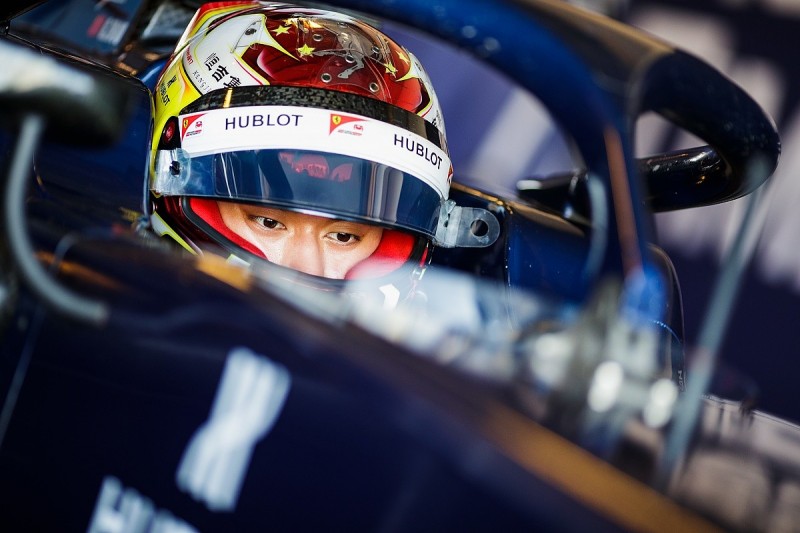 "I have confidence that this could help me adapt faster to my rookie year in F2 and hopefully also can secure us a good result in the championship.

"My main goal is always F1, but I know the way to F1 is really narrow and difficult, so I will keep myself alert and focus on the F2 racing, as a proper race performance is always the priority."

Zhou is also keen on the opportunity to work with Renault's latest race signing, Daniel Ricciardo.

"He has been one of my favourite F1 drivers for several years," Zhou added.

"I love his passion, speed and great personality.

"I think I will learn a lot from him, so I'm very excited to meet him not only in the paddock but during the race weeks, and hopefully we can have fun time together outside track as well."

While Zhou parts with the Ferrari Academy, his 2018 Prema F3 team-mate Mick Schumacher was announced as a new member of the scheme last weekend.