Grosjean: Sauber beating Haas in F1 qualifying a 'slap in the face'

Romain Grosjean said getting beaten by Sauber in Mexican Grand Prix qualifying was a 'slap in the face' for Haas, after the team lapped 18th and 19th quickest

Mexico was one of the worst F1 events for Haas in its debut season in 2016, and team boss Gunther Steiner said this year's edition presented "one of the worst scenarios" for the outfit.

That turned out to be the case, with Kevin Magnussen 18th and Grosjean 19th, 2.9 seconds off the pace and behind both Saubers, which run year-old Ferrari engines.

"Today is a bit of a slap in the face, a wake up call, and we need to put our head down and try and understand why we are slipping away through the season," Grosjean said.

"We know how much horsepower we have compared to Sauber and they are in front of us. It shows we need to do things better.

"I guess everyone has brought performance and we haven't that much. It's the only explanation I've got."

Haas has often struggled to get the tricky Pirelli tyres working consistently, but Grosjean does not think that is the problem here.

"We're not super good on tyre usage, but I don't think today that is the biggest problem," Grosjean said.

"We have two set-ups which are different between the cars and we haven't got one that is outstandingly good compared to the other one."

Team-mate Magnussen added: "The frustrating and confusing thing is we've got a car that at some tracks can be fighting for top-six and then other tracks we're last. We need to improve our understanding of where the performance is." 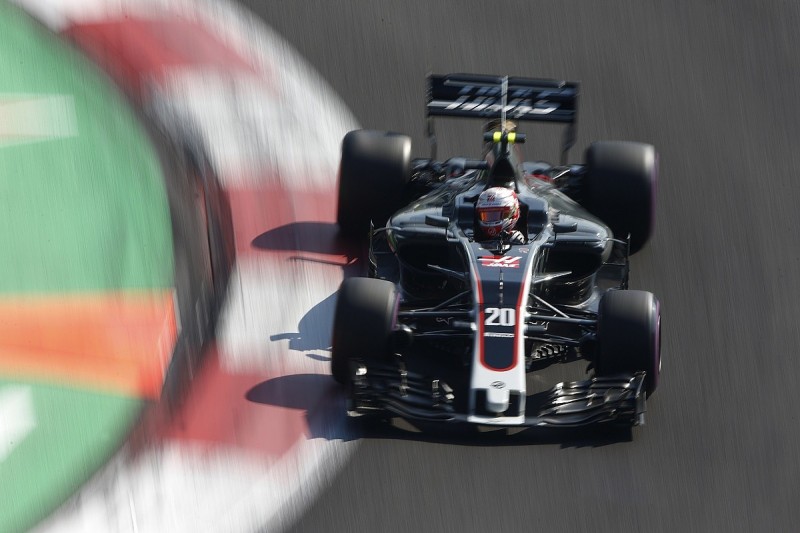 Similar to last season, Haas has again chosen to switch focus to next year's car early and has fallen down the pecking order as this campaign has progressed, with bigger and better funded outfits like Renault moving ahead in terms of performance.

Grosjean said ensuring Haas can stay in the fight until the end of the year in 2018 needs to be the team's main goal.

"I don't want to say it's worrying because I'm confident we can produce a good car for 2018 as we have done the previous two years," he said.

"One pattern is we start good and then we drop back. That is something we need to improve.

"We need to put our head down, we need to understand and we need to make sure we keep improving the car and that the updates are working.

"Renault has done super well [this year]. They started with good pace in Melbourne, they dropped back a bit, and then it's been up there since.

"They beat one Force India today so they can argue they are almost the fourth fastest team on the grid."

Steiner said Haas switched off 2017 development because it wants "to make some substantial changes" that prevent certain things being carried over from the old car.

He said 2018 winter testing would indicate whether that was the correct decision or not.