Grosjean: Hamilton let off by stewards because of title fight

Hamilton was investigated by the officials after claiming Silverstone pole position as Haas driver Grosjean claimed he had been held up by the Mercedes early in Q3.

Although the stewards acknowledged that Grosjean "may potentially have been affected by the presence" of Hamilton, they concluded "he was not impeded" and allowed the qualifying result to stand.

"Surprised by the wording: 'the driver behind has not been impeded'," said Grosjean.

"If losing 0.35-0.4 seconds in one corner is not being impeded, I am very surprised.

"I think it opens room for messy qualifying and the rules are pretty clear.

"And I know there is a world title going on at the front but we are in a position where we actually fight as hard as the boys at the front and I was impeded today.

"How can I put it? Maybe if it was another driver there would have been something.

"It does feel sometimes that there are two types of decision."

Asked if he was suggesting Hamilton received preferential treatment due to his status, Grosjean replied: "I think the title race is an important one.

"But again we are fighting as hard as those boys.

"We have got a lot of people working and yes I lost 0.35s in two corners.

"So if next time I have to get with my front wing into his rear diffuser to show that I have been impeded...

"We have got very clear rules in qualifying and with 10 cars in Q3, we should not have those problems." 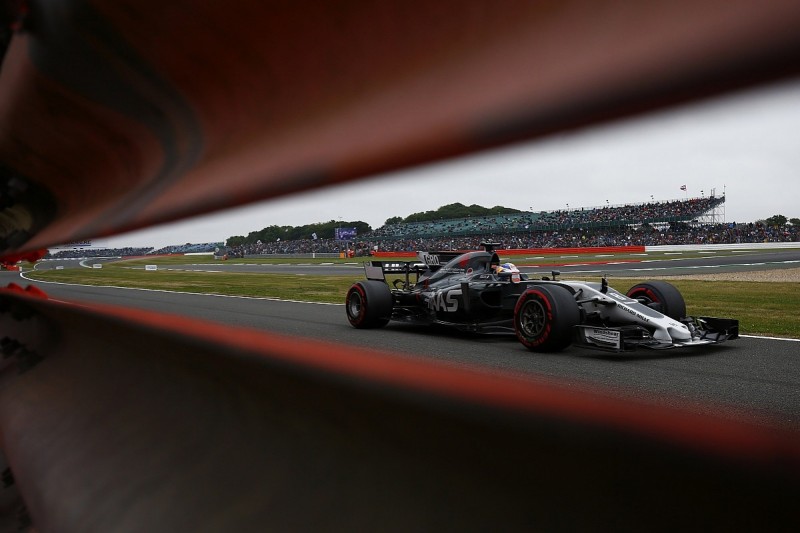 He added that he had not been spoken to by the stewards and reiterated that he felt he was being treated inconsistently.

"I got a five-place grid penalty in China for being too quick under double yellow and today I lost position and nothing is happening," Grosjean said.

"It is frustrating that there seems to be big inconsistency between the decision and who is doing the maneouvre."

Grosjean reckoned he would have beaten Stoffel Vandoorne to ninth place in Q3 without the Hamilton incident, which would have made him eighth on the grid rather than 10th once Valtteri Bottas's grid penalty took effect.