The new floor the Renault Formula 1 team brought to the British Grand Prix was key to Nico Hulkenberg securing fifth on the grid, says Cyril Abiteboul

Hulkenberg was fourth in Q1, fifth in Q2 and sixth in Q3, but he moves up a place due to a grid penalty for Valtteri Bottas following his gearbox change.

Renault Sport F1 managing director Abiteboul said the upgrade package that included the floor had provided an immediate boost and that there was more to come.

"It's typical F1: you leave Austria nowhere, and you suddenly you come one week later to Silverstone and the car is completely changed.

"We knew we were bringing quite a lot of parts. We don't play up external and also internal expectations.

"We have a floor and all that goes with it, and there is more to come from Budapest onwards.

"That floor is the triggering event to many more steps to come.

"I'm really happy because it's also good for all that is in pipeline, because in the windtunnel is a couple of weeks in advance of the car, and that's confirming the direction we are following is right, and hopefully that will pay off." 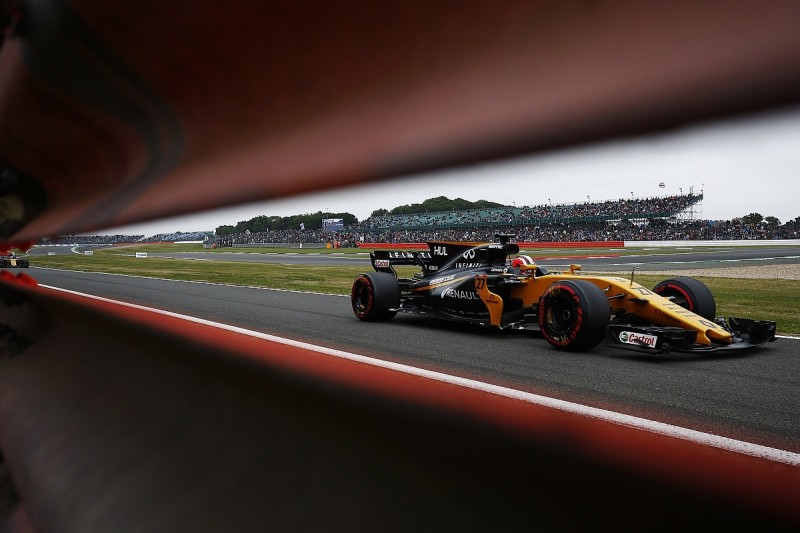 Abiteboul said Renault would not get carried away with the qualifying result on a weekend where it was celebrating the 40th anniversary of its original works team's F1 debut at the 1977 British GP.

"We need to be careful, because this track and this weather is playing to our advantage," he said.

"The long run will be a different story. The key area for tonight and tomorrow is to think about tyre management and strategy.

"It is still a great result for a team that is in construction.

"It's also a day of celebration for us because it's 40 years, so it's perfect timing."

Grosjean: Hamilton let off by stewards because of title fight