The incident led to the session being cancelled with only the two Ferrari drivers having set a flying lap time.

The spare FW42 chassis is now being built up, but under FIA regulations if a driver making a chassis change cannot take part in another session on the same day.

In addition some of Russell's Mercedes engine elements are believed to have been damaged and may not be usable, which will move him closer to potential grid penalties.

Russell's team-mate Robert Kubica is the only driver who has not driven in Baku previously in either F1 or other categories, and he is now also on the back foot having lost practice one mileage.

The accident comes as a serious setback to Williams, a team that has twice suffered in similar circumstances in recent years.

Rubens Barrichello had a huge accident in the closing stages of the 2010 Monaco GP after puncturing his left rear tyre on a loose drain cover at the exit of the first corner, while Valtteri Bottas suffered damage on a manhole in Azerbaijan practice in 2016.

"When you send a car out on a racetrack that you should have the understanding that your car is not going to be damaged by that racetrack in that way," deputy team principal Claire Williams told Autosport.

"I'm incredibly annoyed about it, clearly. The most important thing is that George is OK, and that it didn't cause what could potentially have been a bigger accident. 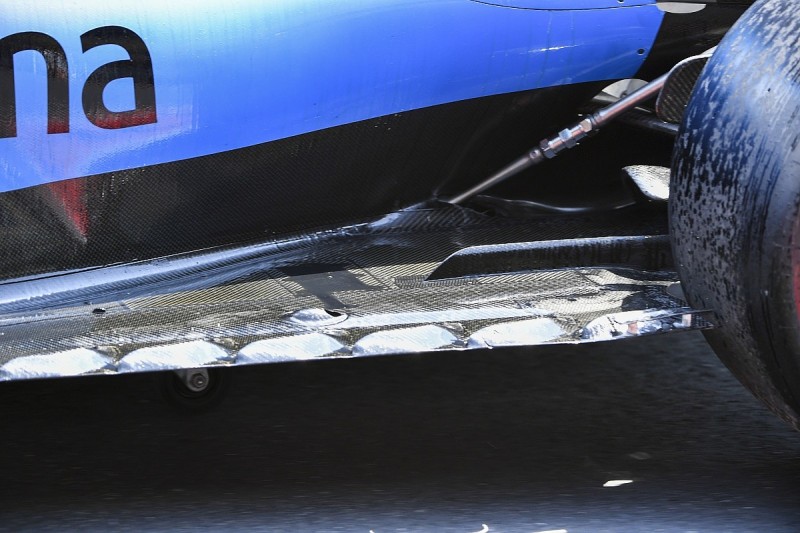 "We have to ask the FIA and FOM to ensure that it doesn't happen, and protect against it in the future.

"And for us as an independent team there are serious financial implications of this. We'd just taken the pressure out of the system and got ourselves back on an even keel.

"The chassis is split, and we have to revert to chassis 03.

"We're going to lose this afternoon's running, and we're potentially going to have to replace the ERS pack, which again has implications. It's just not OK.

"We had the same here in 2016 with Valtteri, coming into the pitlane. It wasn't as serious, but it was pretty significant."

After Romain Grosjean's Haas was damaged by a loose drain cover at the 2017 Malaysian GP, the team successfully claimed compensation.

Asked if she would try to make a similar claim, Williams said: "I think that those are conversations that will happen."

Work continues in Baku to try to get the circuit ready for second F1 practice, with the preceding Formula 2 qualifying session having now been postponed by half hour.