In Singapore last weekend, Kevin Magnussen was shown the black-and-orange flag after damaging a front endplate in early contact with Max Verstappen.

He was obliged to pit for a new nose, with the unscheduled stop in effect putting the Dane out of contention for points.

Similar, costly scenarios have played out twice for Magnussen this year, at the Canadian and Hungarian GPs.

After the second instance, the team tried to demonstrate to members of the FIA technical department that a loose endplate would still be retained and was thus not a hazard, hoping that the message would get to the race directors in case there was another such situation.

Given that Singapore saw a third black and orange flag for Magnussen, Steiner says that his message appears not to have got through.

"It is frustrating because it was perfectly safe to continue," he said when asked about the Singapore example. "It was one of those things, and if it is the first time, you say, you don't know.

"But in Hungary, we had the same scenario. It was very, very similar, the breakage, to Hungary, and we showed that to the FIA. In Hungary, we had our head of composites, and he explained what is happening, what cannot happen, and what can happen.

"And I think they just didn't learn anything off it, and then again gave us the black-and-orange flag. It's now the third time, and it's getting old.

"They are the technical department which then have to report back to the race director what is safe and what's not, if they know what they are looking at. Obviously, they don't." 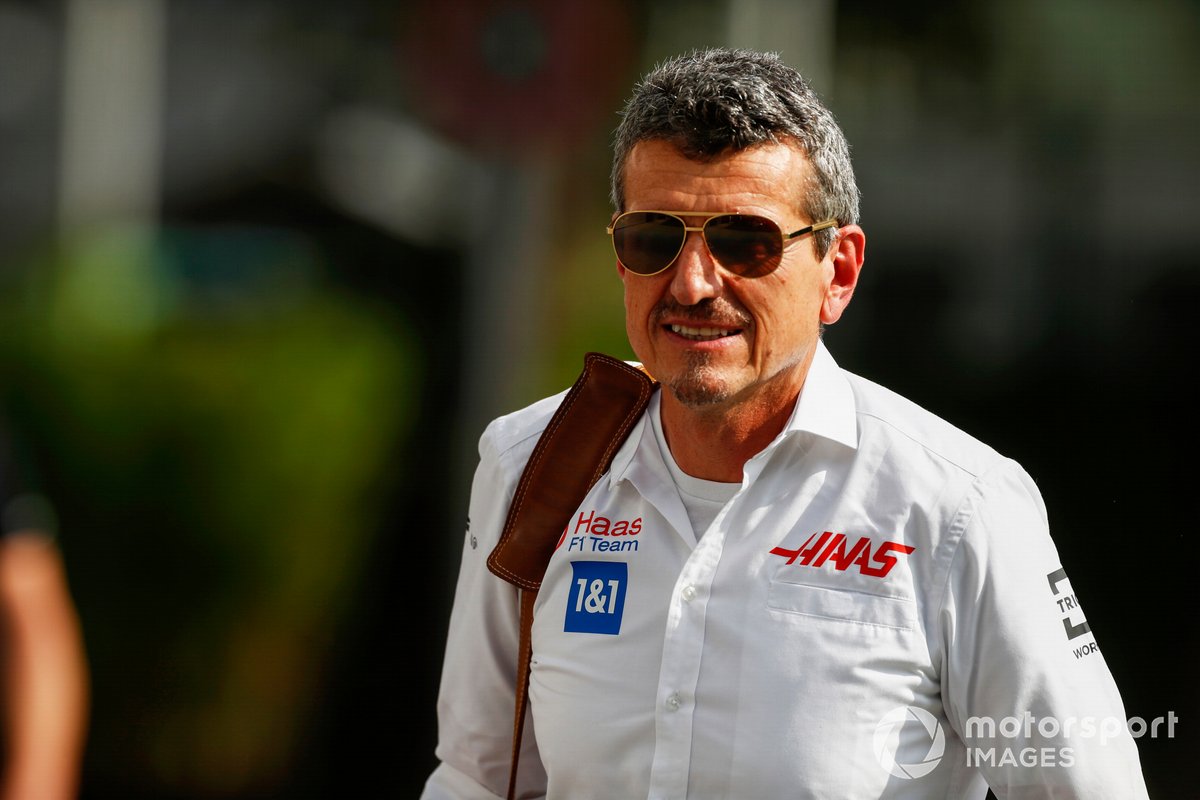 Asked if he would continue to try and get the message across, Steiner said: "I'm trying hard. At some stage, we need to have people who understand how these cars are built. We are not in the eighties anymore.

"That is what we showed, and also this one wouldn't have fallen off. And you know, there are materials which can do a lot more than you think they can do. And they're intentionally in there. They're not in there by chance."

However, Steiner also conceded that the Singapore problems were in effect self-inflicted, with Mick Schumacher losing out after suffering a puncture in a collision with George Russell.

"I think somehow, we have ourselves to blame a little bit on that side, with Kevin's contact with Max on the first lap, and obviously with Mick and Russell. I think that was like, you need to learn who to fight, and who not to fight.

"But I think as a team, we did a good job last weekend. We showed we can do a good job.

"I think the car was also decent. We know it wasn't the best track, but it was good for us. So everything was going well except that we have no points. In the end, that's what counts."