Pierre Gasly expects his AlphaTauri Formula 1 team to bounce back at this weekend’s Spanish GP after a difficult weekend in Portugal.

The Frenchman qualified fifth for the first two races in Bahrain and Imola, but had to settle for ninth on the grid in Portimao. In the race he lost a position, eventually claiming the final point with 10th place.

Gasly stressed that the Italian outfit knew that the many slow corners at the Algarve circuit would not favour its car.

“Well I would say it was the race we kind of expected,” he said when asked by Autosport.

“We finished pretty much where we expected – slightly better because I managed to pass Carlos [Sainz] in the end and get a point. So obviously it’s not much, but clearly the maximum we could expect from this weekend.

“It has been a hard one, we struggled quite a lot on this track with all the low-speed corners and it’s an area we knew we had to improve already since the winter test.

“And now we have the proof that we are struggling compared to our main competitors, and at least it gives us a clear direction of development.” 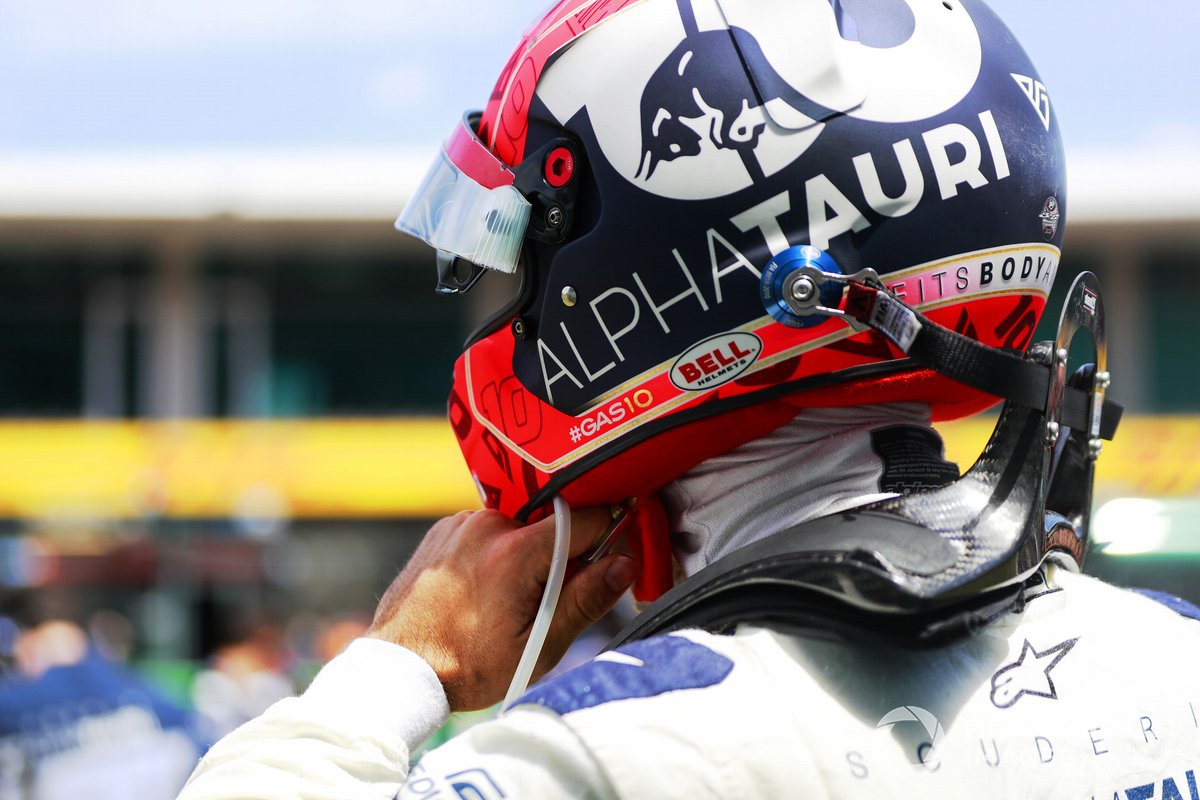 Gasly expects the AT02 to be more competitive in Barcelona, where the layout plays to the car’s strengths.

“Yeah I think so,” he said. “I think I’m confident we’re going to have slightly more pace than what we showed this weekend.

“It’s a lot more high-speed corners and medium-speed corners, but we’ll still have the last sector, which is quite tricky. But here [Portimao] you have a lot of corners in second and third gear, which is not our favourite, especially compared to Alpine, Ferrari and McLaren. So I think we should pick up a bit more pace next weekend.”

“It seems to me like today the Alpine was a bit like the Ducati in MotoGP for some reason – they were extremely fast in the straights, and they’re passing halfway through the straights.

“There are a couple of cars with a lot of straight line speed. I think last year on this track I remember there was quite a lot of overtaking as well, so Barcelona will be a lot more difficult, as we know, so I think it’s kind of similar. The midfield is quite tight, and that’s why we see some good battles, I guess.”

Gasly agreed that the slow corner performance is a particular concern for Monaco, the race after Spain.

“Obviously it is, it’s clearly one area where we’ve got to improve, and Monaco is coming pretty quickly, so I don’t think we’re going to have any major improvements or upgrades on the car for these tracks.

“So that’s the package we have, we need to find a way if we can change a bit the set up for this kind of conditions and corners, clearly there will be some work to do for these tracks.”

Expanding on the difference between the AT02 and last year’s AlphaTauri he added: “There is just slightly less grip so you’re sliding a bit more, you can’t carry the brakes into the corner as hard otherwise you’re locking.

“You can’t carry as much speed, otherwise the front is not holding, and the traction is slightly more tricky.