Pierre Gasly and Lewis Hamilton are among six drivers summoned to see the stewards on Saturday evening over incidents during the Formula 1 sprint race at Interlagos.

Gasly is just two penalty points away from an F1 race ban following a string of incidents so far this season, and spoke earlier this week about finding the situation “embarrassing.”

But Gasly will be back in the stewards’ room this evening after he was summoned for allegedly driving too slowly during the reconnaissance laps to the grid ahead of the sprint race.

Race director Niels Wittich’s notes informed drivers they must stay within the maximum time between the two safety car lines that was issued after practice, as is standard procedure at all races to ensure they do not lap too slowly.

A similar summons was given to Williams driver Nicholas Latifi at the Mexican Grand Prix two weeks ago, but he was only handed a warning, meaning Gasly may avoiding adding to his penalty points total.

Gasly is not alone in facing a trip to the stewards after the sprint race at Interlagos, with three being called over a possible start procedure infringement.

Race control noted during the sprint race a possible infringement by Hamilton, Daniel Ricciardo and Zhou Guanyu, with the stewards confirming they would investigate the matter after the race.

It could leave doubts over Hamilton’s third-place finish, but Mercedes trackside engineering director Andrew Shovlin felt the onboard showed Hamilton had stayed well within his grid box. 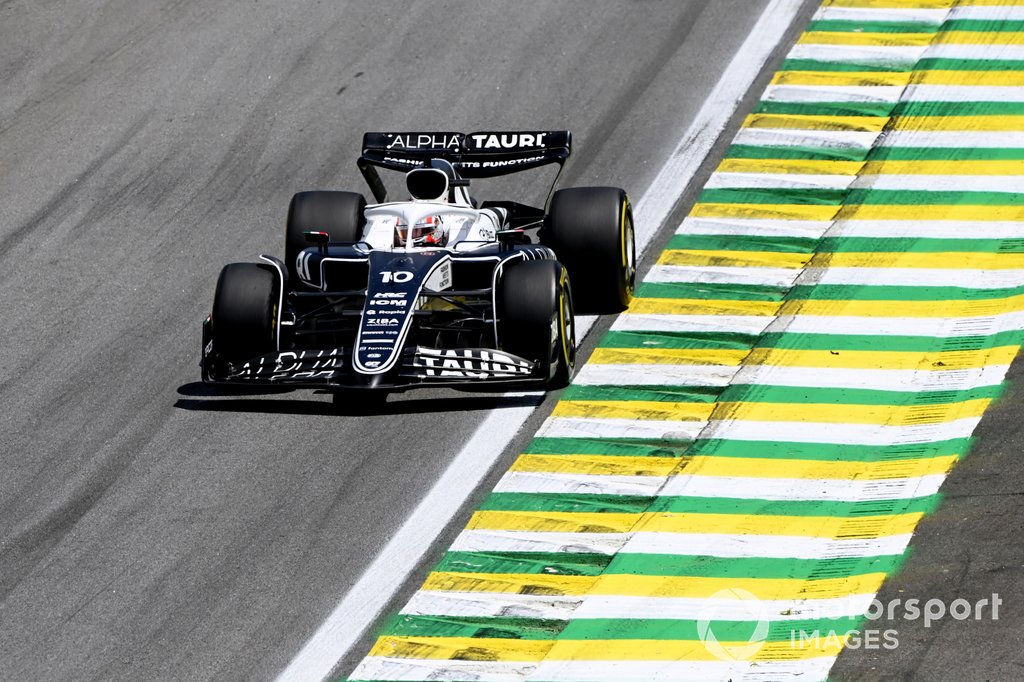 “It may be linked to positioning in the box, but we’ve got the onboard, and it looks like we’re very, very conservative in where we positioned it in terms of the line,” Shovlin said on Sky Sports after qualifying.

“Whether it was a sensor issue, I don’t know. From the images we’ve seen, there doesn’t look to be any hint that we were outside of that box.”

The final incident being investigated by the stewards concerns the two Alpine drivers, Esteban Ocon and Fernando Alonso, who clashed twice on the opening lap of the sprint race.

Ocon and Alonso touched at Turn 4 as Ocon dived up the inside of his team-mate, only for the stewards to deem there to be no further investigation required into what happened after an initial review.

But their clash on the main straight, where Alonso was left angry after losing part of his front wing when making contact with Ocon’s right-rear tyre as he lined up a pass, is being investigated.

Plus
Plus
Formula 1 49 min
Jonathan Noble