Aside from the fact that it gave him the 1996 Formula 1 world championship, Damon Hill has another reason to pick the Williams FW18 as his favourite car - a remarkable qualifying feat which hasn't been repeated since

Even the very best of cars can have their areas of weakness, or diva-like tendencies as they have been coined by Mercedes in recent years. But on the 1996 Williams FW18, weak spots were few and far between.

Damon Hill took it to eight wins, nine pole positions and that year’s world championship title, making it a shoo-in for his favourite car. He also achieved a feat matched by only two other drivers in the past 40 years, by qualifying for every race on the front row. To put that into perspective, only Ayrton Senna (1989), Alain Prost (1993) and Hill in the FW18 have done so since the 1950s.

In the first decade of the world championship this was fairly common. Excluding the anomalous Indianapolis 500, Juan Manuel Fangio (five times), Nino Farina (three times), Alberto Ascari and Jack Brabham all held 100% front-row start records, albeit in an era of fewer races, fewer truly competitive cars and three-by-three grids. Hill’s tally of 16 was eclipsed in 2015 by Lewis Hamilton (18), but that was only good enough for 94.7% thanks to his fifth on the grid in Singapore.

The FW18 was fast everywhere in 1996 and only beaten to pole four times all year by an inspired Michael Schumacher’s Ferrari F310, as rookie Jacques Villeneuve also contributed three poles. The FW18, Hill says, “was just a good car, it was good in every way”.

“Every year you get a car and you get immediate feedback from it, whether it’s going to be good or not, and it just felt good straight away,” Hill tells Autosport. “You jumped in, and just thought, ‘wow, this is amazing’. It felt really nimble and compact and beautifully put-together.”

It marked the culmination of a tricky journey for Williams, which had lost the advantage of active suspension to a change of regulations for 1994 that allowed Benetton to emerge as a serious contender.

“Once they took the active thing away, Williams had to go back and re-learn what they thought they’d stuck in the bin and were never going to see again,” says Hill, who learned during the year that he was to be replaced by Heinz-Harald Frentzen for 1997. 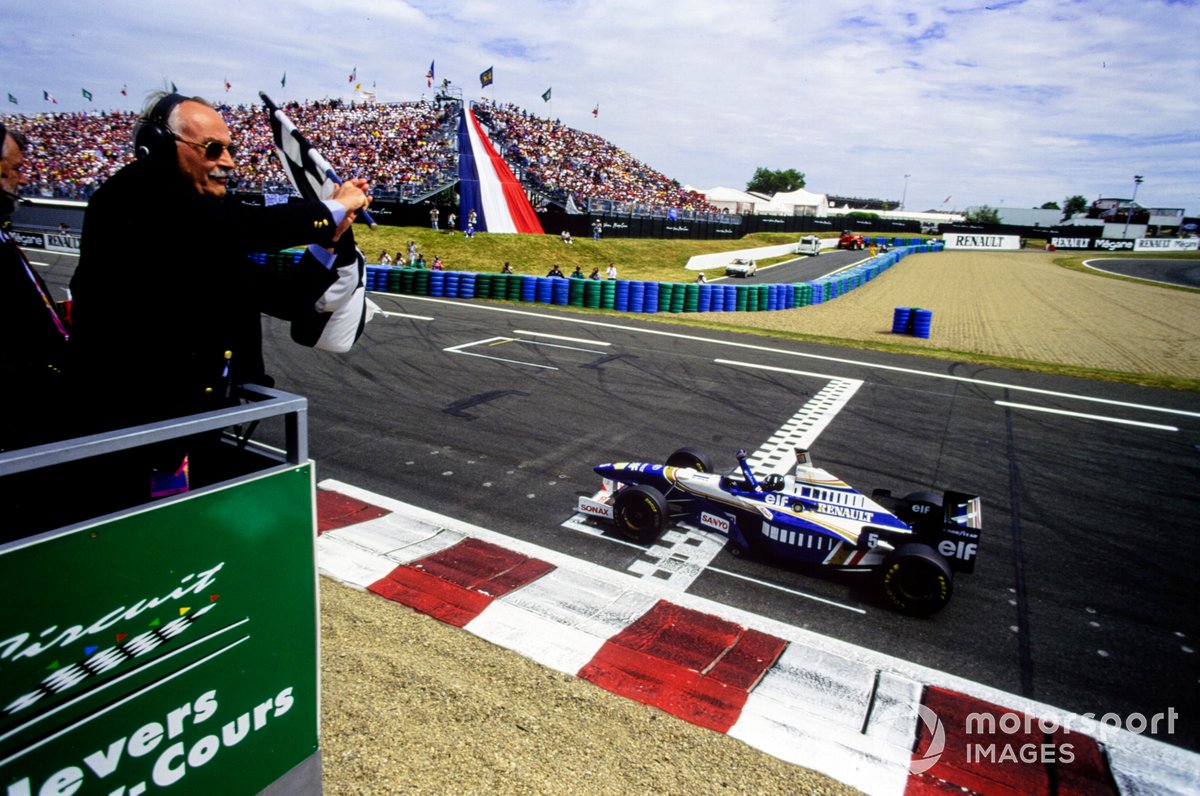 Hill won eight races in 1996 with Williams FW18 Renault, including from second on the grid at Magny-Cours

“He’d set up meetings and say, ‘Speak to the engineers, tell them what you want’ and stuff like that,” says Hill of Dudot. “Whereas Ayrton [Senna] just wanted the horsepower and would deal with the rest of it – he didn’t care if it was really peaky or undrivable – I was asking for controllable torque to use it to balance the car. I think that’s very important, especially in the wet.

“If you’ve got useable low-end, mid-range, you can play with the thing. If you’ve got massive [power] delay, and it comes in all with a rush at the end [it’s not helpful], so they worked on creating this great broad spread of power which was brilliant. I did work with Renault a lot – and I blew up a lot of engines!”

"It was snug, but it was beautiful, and the first car I’ve really just slotted into without a squeeze or losing my knuckles" Damon Hill

It was the final year that Goodyear supplied the entire grid before the arrival of Bridgestone for 1997. Although history shows that Bridgestone were the more effective tyres, even allowing Hill a chance of victory at the Hungaroring with the otherwise ineffective Arrows, he says there could be no faulting the FW18’s control rubber.

“I always thought Goodyear were very good,” he says, “and they produced a tyre that was great. It felt good enough on Goodyears – and that was all we had anyway.”

Hill also relished that he could be comfortable in the FW18, having previously borne the brunt of designer Adrian Newey’s loathing to prioritise ergonomics over performance.

“I had to make do and it had always been a snug fit for a six-footer with size eleven feet,” he says. “And then come [FW]18, Adrian knew that I was the lead driver, they didn’t know what to expect from Jacques, so they went, ‘Okay, we’ve got to make this guy comfortable in the car’. 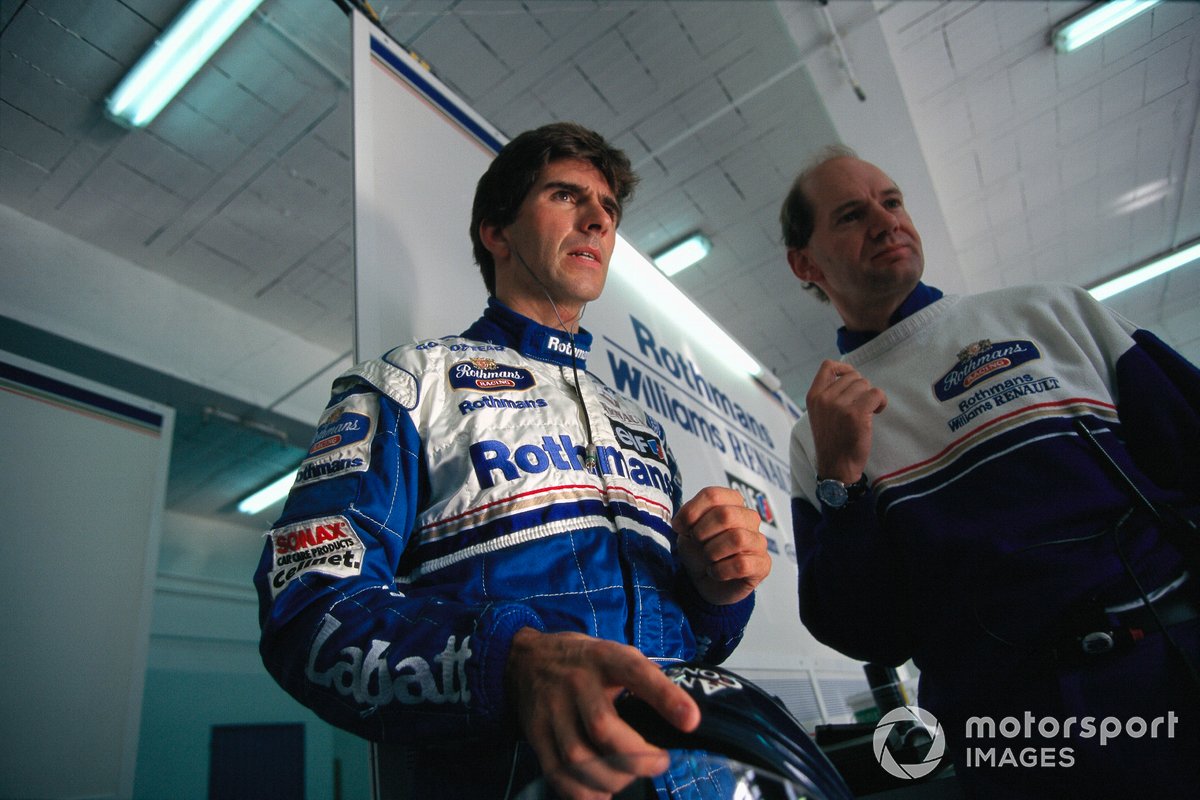 Hill was grateful to Newey for the FW18's improved ergonomics

“It was snug, but it was beautiful, and the first car I’ve really just slotted into without a squeeze or losing my knuckles.

“You want to have a harmonious relationship with the car, not be cursing it the whole time because you can’t do what you want to do. It’s not something that you get a lot of sympathy for, but if you’ve got cramps or you’re bruised every time you get out, you start to have negative thoughts about it.

“If you find everything is in the right place and you can move your arms, you can take more liberties with the car. It won’t get away from you because you’ve banged your elbow on something or you’ve missed the brake pedal because your foot has touched the steering column or something like that.

“When you’ve suddenly got space to work, it’s very liberating.” 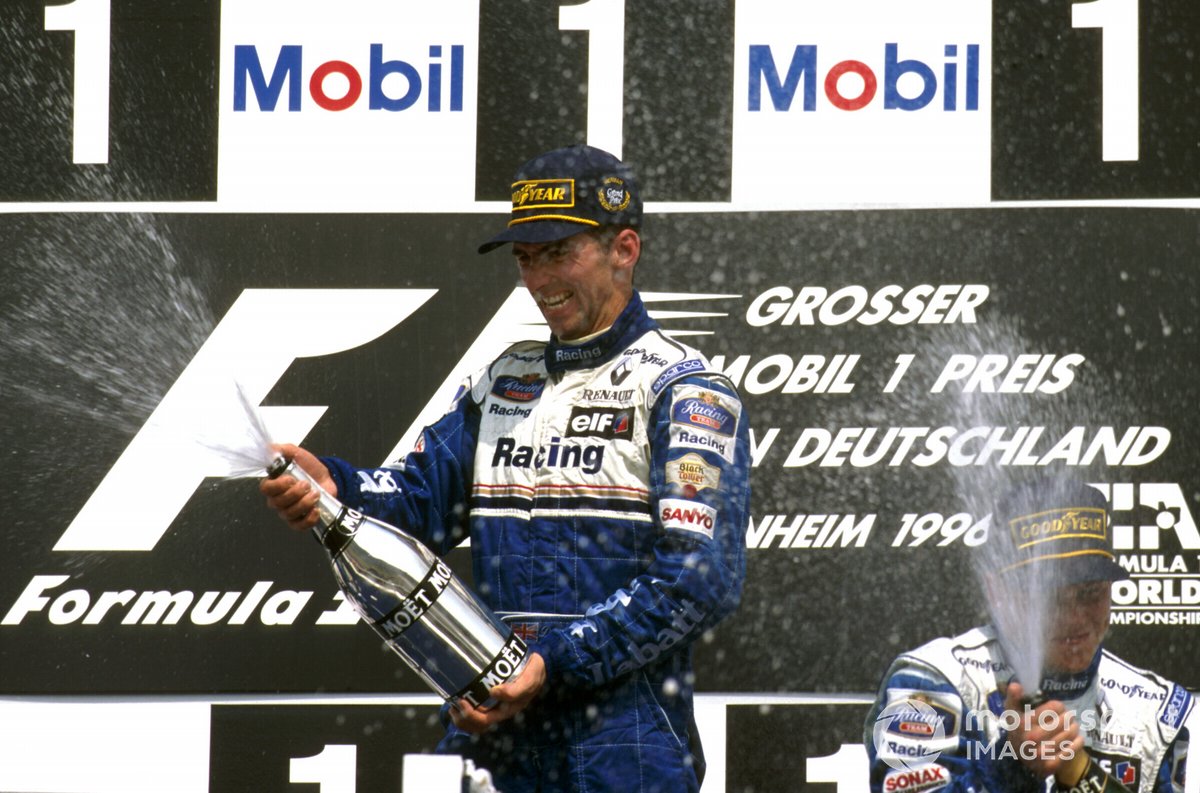