McLaren has admitted that it is in a ‘race against time’ to fly new brake components out to Bahrain to try to help save its final day of Formula 1 testing.

On the back of an encouraging week in the first pre-season test in Barcelona, McLaren has endured a more difficult time at Sakhir after struggling with overheating brakes.

The team could not find a cure for the problem at the track, and that meant that Lando Norris' long-run plans have been restricted during the first two days.

McLaren’s factory has been mobilised to manufacture revised brake ducts to try to improve thermal management, with it hoped the new parts can be ready in time to fly out to Bahrain before Saturday’s final day of action.

Team principal Andreas Seidl admitted that it was not as easy situation for the team.

“After the good test we had in Barcelona, this first one-and-a-half days here definitely did not go to plan,” he said on Friday.

“We have unexpectedly an issue with the front axle with the brake, which we have to solve. So [it’s] a race against time at the moment in order to get upgraded parts.

“We will make steps with modifications that we could do here in the track, which still allow us to work on the car, working on the understanding of the car as well. We could run some small upgrades on the car as well, in order to extract more performance from the package.” 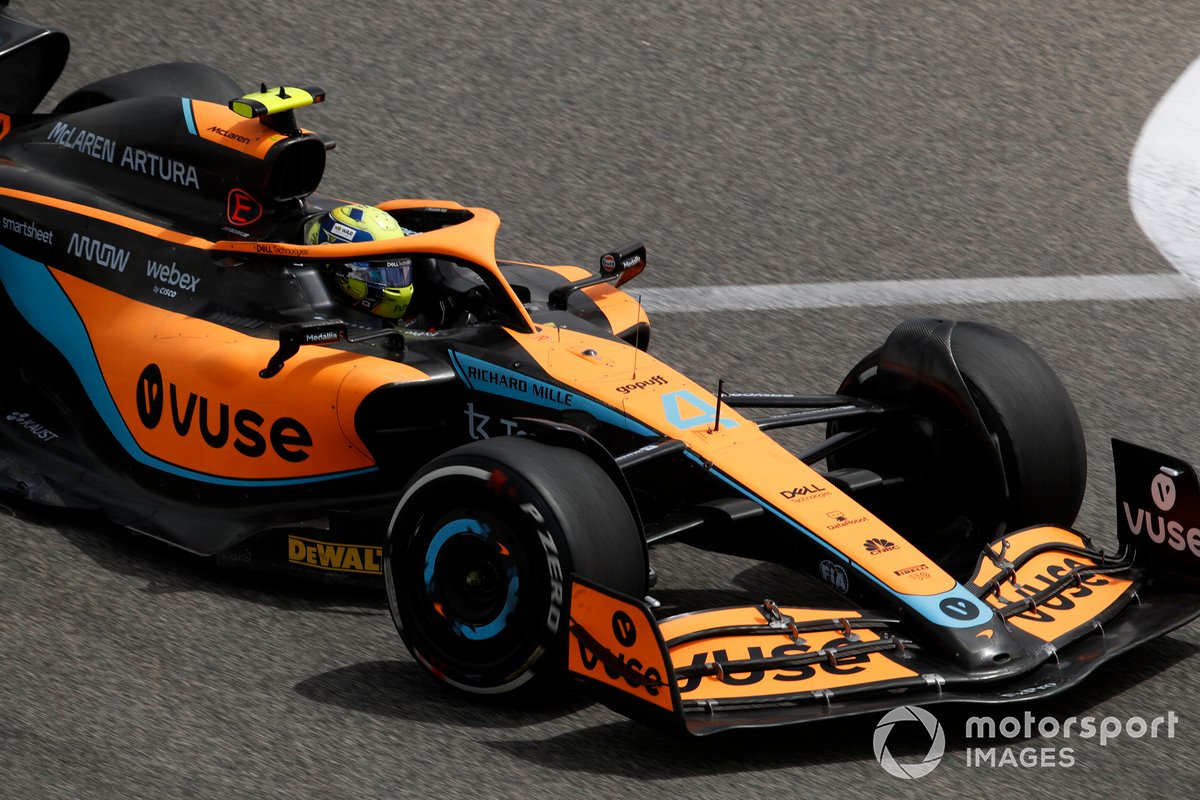 Despite the issues, though, Seidl was sure that, even if the new parts did not arrive for the final test day, the team would be on top of things before next weekend’s first F1 race of the season.

“I'm still optimistic that despite the running time we lost and the limited laps we can do that, in the end, we can leave the track here well prepared for the first race weekend," he added.

As well as enduring brake problems, McLaren has been without Daniel Ricciardo for the first two days of the test. The Australian has been unwell and unable to drive.

Seidl was hopeful that, after some more encouraging news on Friday, Ricciardo could be back in the car on Saturday.

“It is good to see that his condition is improving significantly and he is feeling better,” he said. “So I am quite optimistic that we see him back in the car tomorrow.”