Formula 2013 build-up gets serious as Barcelona test kicks off

The second pre-season Formula 1 test of 2013 kicks off at Barcelona on Tuesday, and is set to reveal a clearer picture of the cars' relative pace as well as potentially finalising the driver line-up

Tuesday's test is the first of four days of running at the Spanish Grand Prix venue, which follows the opening pre-season test held at Jerez in the first week of February.

With 10 teams running their 2013 machines at Jerez, Williams is the only team unveiling its car at Barcelona.

The Renault-engined FW35 will be rolled out in the pitlane prior to the start of Tuesday morning's running, with Pastor Maldonado due to have the first run in the car.

Last year's world championship runner-up, Fernando Alonso, will have his first taste of the new Ferrari F138 on Tuesday.

The Spaniard sat out the Jerez test to allow Felipe Massa to complete three days of running and development driver Pedro de la Rosa to run on the final day.

Alonso is set to run from Tuesday to Thursday, with Massa taking over on Friday.

Adrian Sutil will make his F1 comeback with Force India, driving the VJM06 on Thursday. 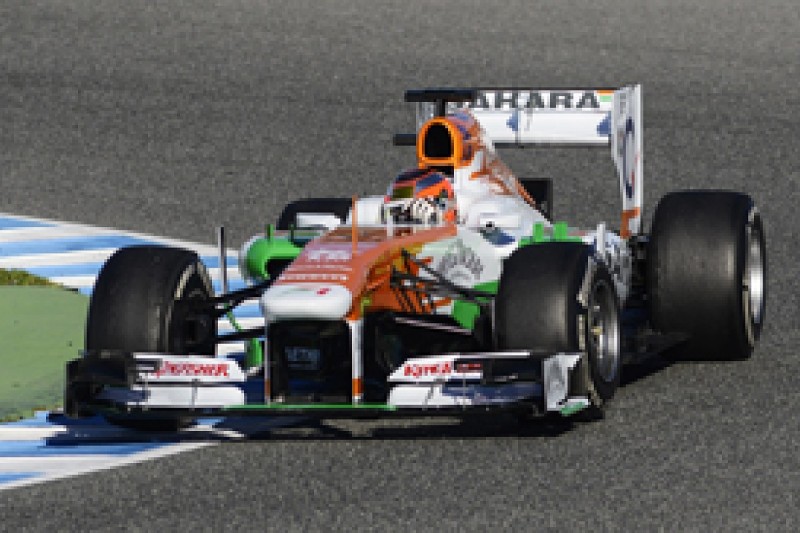 The German is in contention for a race seat with the team, although Jules Bianchi (pictured) could also appear in this week's test.

Barcelona is widely-regarded as the best F1 test track in Europe because of the aerodynamic challenge of the circuit configuration.

But the teams will also focus on tyre performance now that they are running at a more orthodox track after trying the 2013 Pirelli rubber at the abrasive Jerez circuit.

It will also be the first chance for the watching world to get a realistic indication of the relative pace of the cars, particularly over long runs.

Although testing is notoriously difficult to draw any conclusions from, the teams all know Barcelona very well and should all be able to undertake at least partial race runs, whereas at Jerez their programmes were so diverse as to make any comparison irrelevant.

AUTOSPORT will be providing its usual minute by minute commentary of testing in AUTOSPORT Live, plus all the news from our reporters in the paddock and daily blogs and analysis features

Caterham says change of line-up is healthy for the team