Force India technical director Andrew Green says Formula 1's halo created "huge" extra costs for his team, because it meant last year's chassis could not be carried over to 2018

Force India usually tries to minimise expense through a set of stable F1 regulations by carrying over as much of the previous season's car as possible in a new design.

But Green said extra work required to mount the FIA-mandated safety device for 2018 meant designing a new chassis and spending "in the hundreds of thousands if not million-dollar mark to put that halo on the car".

"Expense-wise, it's huge, because we had to do a new chassis," Green told reporters on day one of pre-season testing at Barcelona.

"We wouldn't have anticipated doing a new chassis this year, given the amount of changes that we made last year, which was huge for a new regulation change.

"For a team like us, we'd always look to try and get two years out of the chassis if possible.

"In that respect it cost us a huge amount to redevelop and redesign a new chassis - it's in the hundreds of thousands if not million dollar mark to put that halo on the car.

"It was a huge challenge [anyway]; for a team like us it was massive." 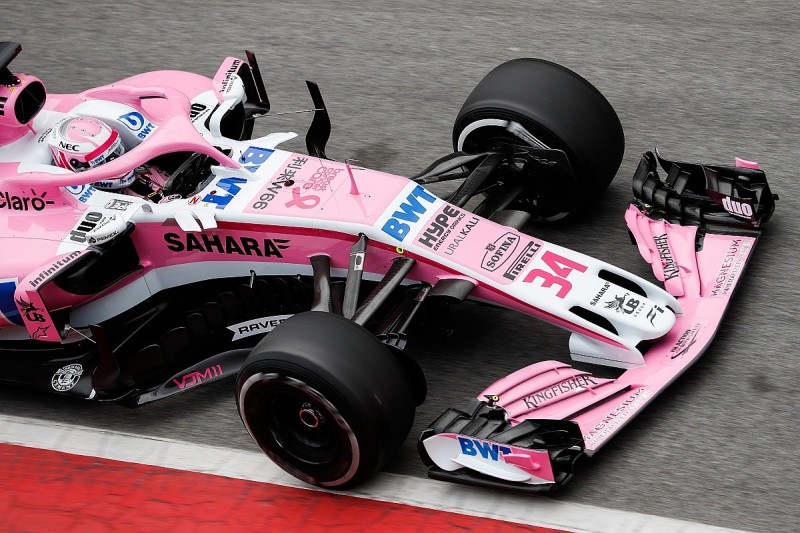 Force India has had to take account of another "big change" in the Mercedes engine installation for this year, while Green explained the VJM11 seen at Barcelona will undergo further significant modification ahead of the first race in Melbourne - in part because of the "significant" aerodynamic impact of the halo.

"From an aerodynamic perspective, the work is still ongoing really," Green said.

"There's a significant downstream effect [from halo], especially around the rear wing area.

"It's not designed to be an aerodynamic device. It doesn't do us any favours in that department.

"It requires a lot of work to mitigate the issues that it causes, and we're still actively working on that, and I don't think we'll have a solution until Melbourne.

"I'm confident that we'll have it under control by then."

The new track surface at Barcelona has also contributed to Force India's decision to save proper performance work for the second pre-season test.

"We're not really anticipating understanding the tyres until next week," Green added.

"The track needs to rubber in. It's very, very different to this time last year.

"We did make some changes to the suspension to anticipate what we thought was going to happen with the tyres, and that's yet to be proven."