Formula 1 will not be "suddenly seeing fantastic racing" with the increased race fuel allowance for 2019, according to McLaren driver Fernando Alonso

The FIA confirmed earlier this month that an agreement has been reached to raise the grand prix fuel limit to 110kg next year compared to the current 105kg mark, in order to stamp out fuel saving and allow drivers to use their engines "at full power at all times".

F1 drivers largely welcomed the change, but many suggested it is unlikely to have a tangible impact on the racing itself.

"I don't think it's going to change much, to be honest," said Alonso when asked about the new fuel limit by Autosport.

"It's good, it's in the right direction, it's a little bit strange to save fuel in some races.

"Maybe there are a few occasions, Bahrain was one - we had to save fuel in the last couple of laps and maybe it stopped me and [Nico] Hulkenberg having a fight. But this happens once a year, once every two years.

"In terms of adding 5kg of fuel and suddenly seeing fantastic racing, [it] is not going to happen.

"It was a very rare occasion that we have to save fuel that much that it prevents some fights."

Force India driver Sergio Perez reckoned the new fuel limit would not change how races play out "at all", adding: "I think that regulation, if it's done to improve the racing, it's not going to have an impact."

Sauber's Marcus Ericsson offered a similar viewpoint, saying the change "sounds good on paper, but it's not going to make a very big difference". 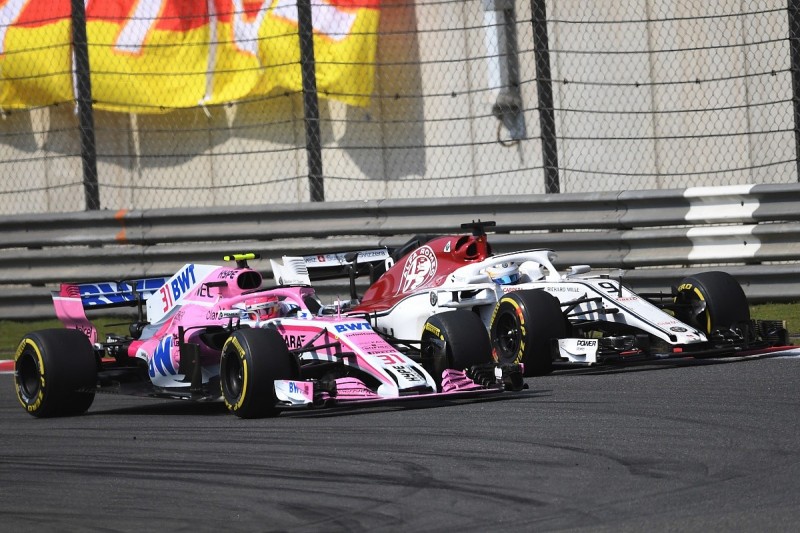 "Now even we sometimes underfuel because it's faster in race time," Ericsson said.

"It is faster to sometimes save a bit of fuel during a race stint because you're in traffic anyway."

Some drivers were much more positive about the potential impact of the new limit - among them Red Bull's Daniel Ricciardo, who insisted that "for sure it's going to be better if we can race with real intentions for every lap".

Ricciardo's team-mate Verstappen echoed his sentiments, saying: "I think it will be better, then you don't need to save fuel on every track anymore.

"I think that's a bit against Formula 1, it should just be pushing."

Haas driver Kevin Magnussen felt the change would address the "almost ridiculous" amount of fuel saving the drivers had to do at tracks such as Sochi.

"I don't mind a little bit of fuel saving - sometimes, even before you had these limitations, they were doing some management because they would start the race with an anticipation of safety cars or whatever," he said.

"A little bit is fine but sometimes it's too much. I think it's a good change."