Race leader Vettel slid into the barriers towards the end of lap 52 of 67 while a rainshower was hitting the Hockenheim F1 circuit, dealing a huge blow to his title challenge as championship rival Lewis Hamilton went on to win the race from 14th on the grid.

Vettel said it was a small mistake with big consequences, but speaking in his role as a TV pundit for Sky Sports, Rosberg said Vettel should have known better.

"Such a big one - unbelievable!" said Rosberg. "He threw it away.

"Yes, the conditions were difficult, we know that, and they are horrible as a driver, because it's so tough.

"But he still had a gap to the guys behind, he could have just taken out a little bit more, gone a little bit slower and taken it a bit more easy, and he just chucked it into the wall. It's so bad."

When it was put to Rosberg that in those tricky conditions the margins for error are small, he added: "But you know the Sachskurve, that's the one corner where there is no margin for error.

"So in that corner you're going to leave even more in reserve, and he didn't. He went over the edge."

In the six laps before his crash Vettel had extended his lead over team-mate Kimi Raikkonen from 3.5 seconds to 9.9s.

The Mercedes of Valtteri Bottas - which passed Raikkonen just before Vettel crashed - and Hamilton were catching the Ferraris, but Rosberg doesn't think that influenced Vettel's driving.

"We didn't hear a radio conversation with Sebastian about that during the race, so I don't think he was aware of that," Rosberg said.

"He was just doing his own race and he messed it up, totally, which is unbelievable for him. That doesn't happen too often for him." 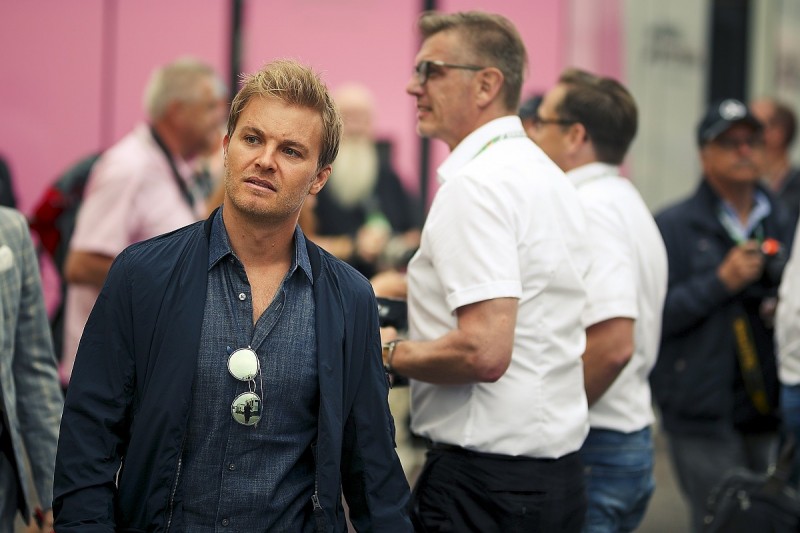 While Vettel played down the error itself, he offered a similar verdict to Rosberg when asked about the crash.

"Yeah, obviously, threw it away," he said. "It was a small mistake but a big impact on the race.

"I was just a tiny bit too late [on the brakes], locked the rears and I couldn't turn it.

"We managed quite well up to that point, I thought it was still fine with dry tyres.

"It was nothing spectacular, really. It feels better if it's spectacular because then you've done something really wrong.

"In this case I didn't really do much wrong, but enough to finish (end) the race.

"It wasn't the biggest mistake I've done, but it was probably one of the most costly."