Amid long-running criticism of the lack of noise from the current generation of V6 turbo hybrids, work has taken place behind the scenes to try to improve what fans experience at home.

An original idea back in 2014 for an exhaust trumpet proved a flop, so efforts switched to improving what the on-board microphone picks up.

Following a series of tests during 2017, F1's on-board technicians are now finetuning a concept they think can be used by all teams at some point in the future.

F1 has called on Danish industry leader DPA Microphones to help produce a bespoke microphone that can withstand extreme temperatures of 120 degrees centigrade.

Trials have also taken place of moving the microphone to different locations to see where it works best.

One microphone design tested at Austin made the car sound too high pitched and could not withstand the intense heat, while a test to move the microphone six inches further away from the exhaust at Interlagos made it sound too quiet.

Steve Smith, who is head of on-board cameras in F1, said: "When the new power units were introduced, there were lots of discussions about the sound not being emotional enough - lacking the crisp roar of the engine. 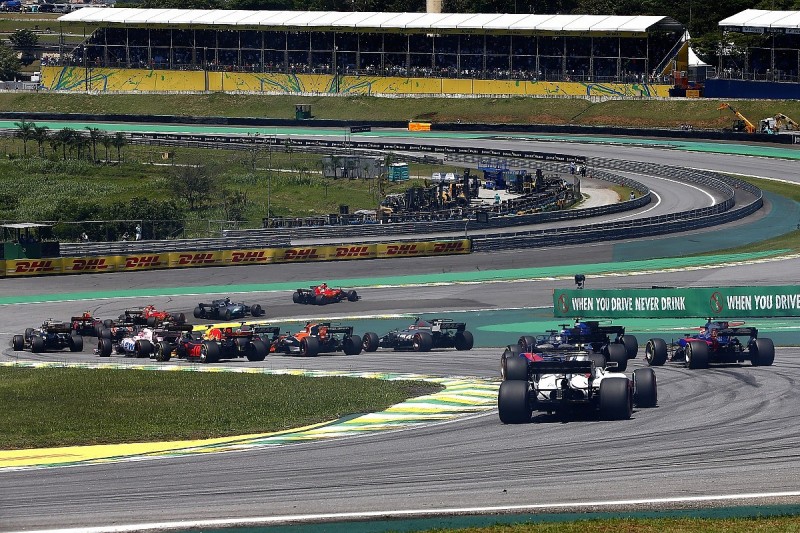 "The FIA and the teams tried to do things to improve the sound but it was difficult to get a better visceral sound.

"From Australia we started to look at alternatives, tried to put microphones near the exhaust, but the nearer you got to the exhaust the hotter it got, the harsher the environment and the more they failed.

"So we contacted our microphone manufacturer, and they made us one that was more robust.

"There was talk of a ceramic microphone, but actually the construction wasn't as critical as the diaphragm inside that creates the sound.

The latest version will be tested on the Force India of Sergio Perez during Friday practice in Abu Dhabi, in the hope that it will be good enough to move the project forward.

The current plan is for a mini microphone, weighing less than 100g, to be situated six inches away the exhaust exit to capture the engine sound at its rawest.

If the results of this test are successful, then F1 will push on to try to work with teams to roll out more experiments in 2018.

Teams have been asked to install temperature stickers to their cars this weekend in the location where F1 would like to place the microphones to check the heat is not too extreme.