McLaren's Carlos Sainz Jr set the fastest time of Formula 1 pre-season testing yet, as a Sebastian Vettel crash interrupted the start of day two of the second Barcelona test 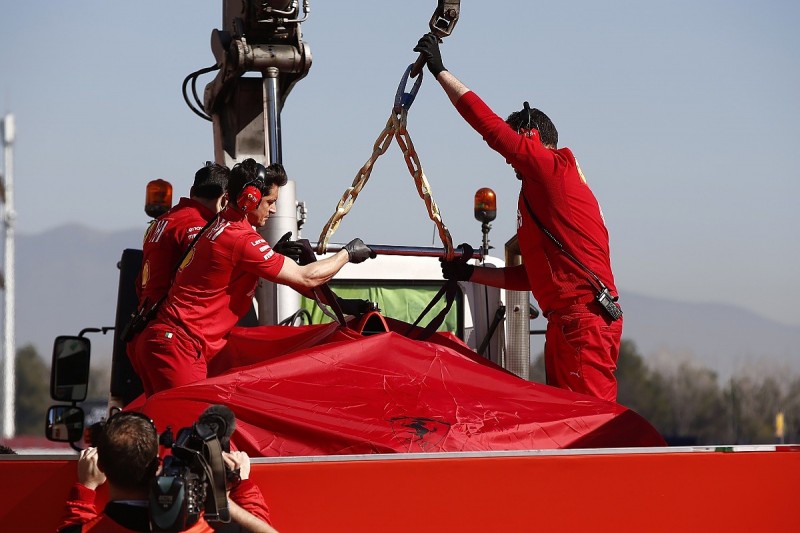