Formula 1 teams are pushing ahead with a plan to give drivers permanent numbers throughout their racing careers, AUTOSPORT has learned

High-level sources have revealed that the item has been tabled for discussion at the next meeting of Formula 1's Strategy Group, which had been due to take place on Friday but has been delayed until December 9.

Having been first debated at the previous Strategy Group meeting that took place in October, and received a largely positive response, the matter will be talked about further at the next meeting in a bid to finalise its implementation.

The three discussion points on the matter that have been tabled are how the numbers will be allocated, whether or not drivers will be able to choose them and if the numbers should be specified on a drivers' Superlicence.

Sources claim that the team bosses present at the October meeting - Christian Horner, Ross Brawn, Martin Whitmarsh, Stefano Domenicali, Claire Williams and Eric Boullier - were in agreement that giving drivers numbers for the rest of their career would be a good thing.

With drivers only changing numbers if they won the world championship, it is better for marketing reasons to attach a driver to the same number, rather than it potentially changing yearly as it often does at the moment.

It was agreed that FIA's Charlie Whiting would be tasked with implementing the idea in to the regulations, and ensuring that there are no instances where having a lower number is advantageous.

For example, drivers are currently handed grid positions in numerical order if they fail to set a time or attempt a lap in qualifying.

The Strategy Group also believed that the selection of numbers could be turned in to a marketing event, where the media and sponsors are invited.

Should the Strategy Group agree on the idea of permanent numbers at its meeting, it will then be put forward to the F1 Commission for approval.

Once that happens, then the FIA World Motor Sport Council will need a fax vote to ratify it in the regulations for either 2014 or 2015. 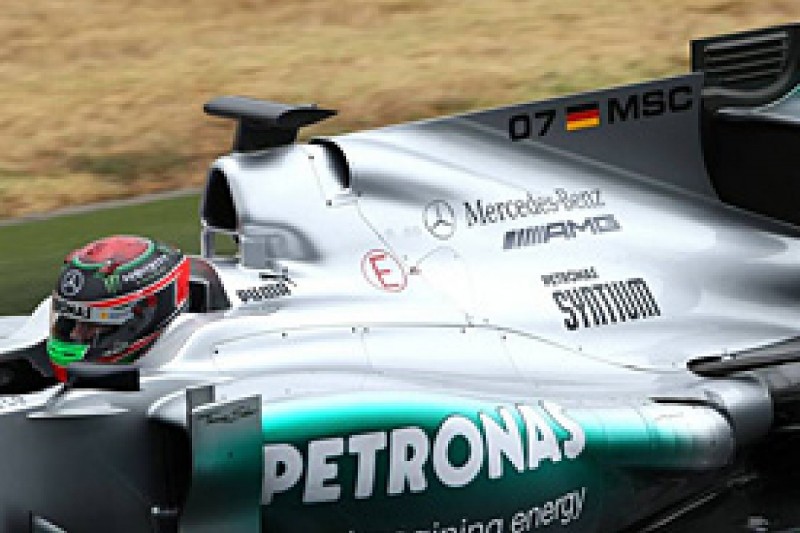 As well as considering the use of permanent numbers for drivers, teams have also been asked to consider displaying larger numbers and drivers' names on cars.

FIA president Jean Todt and commercial supremo Bernie Ecclestone both believe that the current size of numbers is too small, and action needs to be taken.

However, teams have expressed a reluctance to change because it could encroach on valuable sponsorship space, either on the car itself or on the helmet.

That is why there was a proposal a few years ago for a large engine cover fin that would feature bigger numbers, but this was rejected by teams at the time, and has little support for now.

The matter has been left for further discussions among marketing experts about how best to move forward.

The proposed F1 system is similar to that used in motorcycle racing, where riders stick with numbers for a whole career, such as Valentino Rossi's iconic #46, and can choose whether or not to switch to #1 when champions.

In American motorsport, it is teams rather than drivers that usually run permanent numbers and champions switching to #1 has become a rarity.