The Australian qualified sixth, behind Red Bull team-mate Max Verstappen and at the back of the group of three leading teams.

"I thought it was alright," said Ricciardo. "I was kind of a little bit 'ugh' after quali. I didn't think the car felt too bad.

"We did about three 16.8s with different tyres and settings, but that kind of seemed like the limit of the car.

"It'd be different if the car was a handful or not going too well, but it didn't feel too bad, so we obviously just don't have the quali pace at the moment."

Ricciardo acknowledged there was more to come from Red Bull's new upgrade package, but not enough to make the difference.

"I thought it was more together today," he added. "Yesterday wasn't bad, but I think we did improve it today. There's still a bit more to get out of it, but not seven tenths.

"Even if I forget Lewis's time I think Seb [Vettel] did a 16.3, so we're still about half a second off that.

"If we've got the race pace tomorrow then maybe that's just how it is at the moment - that we don't have a great qualifying package.

"I still think they [Ferrari and Mercedes] are going to be fast in the race, so I don't think it's going to be like we're the best tomorrow." 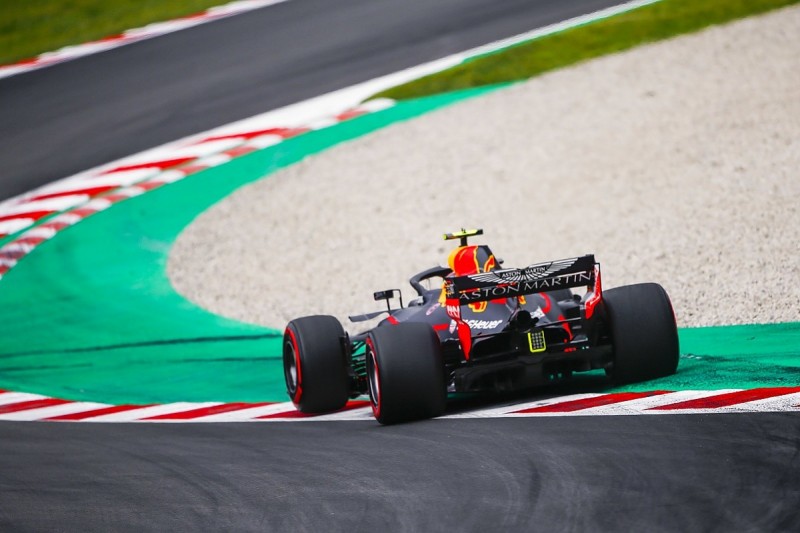 Verstappen said Red Bull is suffering as all cars get faster with development because its normal advantage in corners is reduced as more of them get closer to full throttle for more teams.

"You have to consider from Turn 1 until Turn 4 is flat out, with the corners where you are scrubbing speed and for our engine, of course it is harder," he said.

"Same from Turn 7 to Turn 10 - there is not a corner where you scrub speeds.

"It's just not an ideal track for us now, because it's getting easier getting flat everywhere so it's more flat-out which is not good."

When asked to explain the gap to Mercedes in Q3, Verstappen replied: "Engine, engine. As it has been for four years."