The 2020 season looks set to challenge the Formula 1 teams' logistics departments like never before, with eight races at six tracks crammed into ten weeks

In 2019 between all the teams and F1 more than 1000 tonnes of equipment was transported to each race. Under any conditions, moving so much cargo around the globe is a difficult task but a condensed calendar and coronavirus induced restrictions will make it all that much harder.

The larger teams usually take around 100 personnel and 50 tonnes of cargo to each race, requiring incredibly detailed planning and effort to make the transition from race venue to race venue appear seamless. 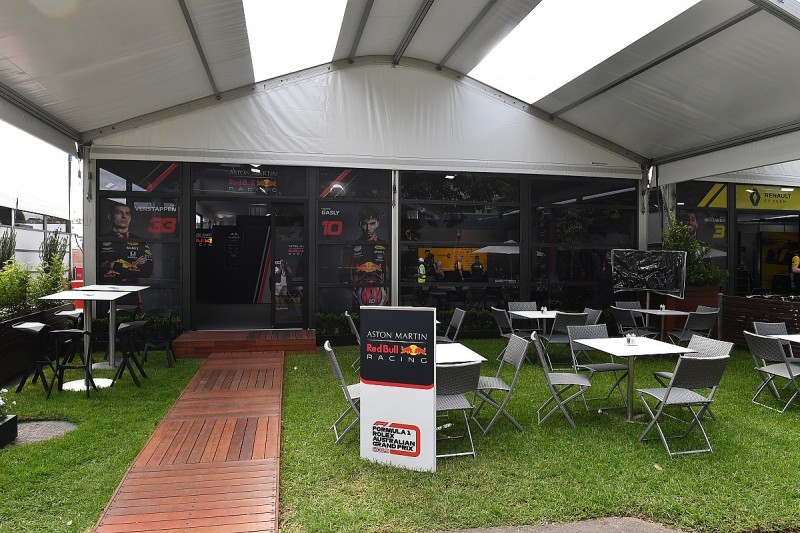 How do Formula 1 teams get equipment to races?

For the European races everything is usually transported by road, but for flyaway races everything is much more complicated. Non-car related equipment, especially things that are low-cost and bulky such as office furniture, are sent by sea to keep down costs and to transport equipment in a more sustainable manner with lower carbon emissions. This cargo has to be shipped well in advance. In January the equipment going by sea is sent off to the first races of the season to ensure that everything arrives on time.

Each team has around five sets of this sea-faring cargo each containing the same equipment which spend the year on container ships. The equipment used for the Australian Grand Prix, for example, was then sent on to Canada in 2019, before heading to Singapore. It is easier for teams to have duplicates of these items all over the world than to send them by air to each individual race and it allows the cargo to arrive in plenty of time, even if the teams and rest of the equipment are rushing straight from another race.

The most important equipment, and especially anything car-related, is flown from race to race. New parts can be flown out actually during the race weekend itself as it is not unusual to have a team member flown out from the factory with a vital part stashed in their hand luggage even as late as on the Saturday.

For each race priority pallets are packed with the essentials to put together the garage which are first to arrive at the circuit so the set-up team can start creating the F1 paddock ready for when the rest of the personnel and equipment arrive. In order to guarantee fairness the teams cannot start building at flyaway races until all the cargo has arrived, so that everyone has the same amount of time to prepare, first with everyone's priority pallets and later with the rest of the equipment.

Alongside the teams substantial amount of cargo is all the other equipment necessary for the event to go ahead, such as everything needed to build and equip the broadcasting centre. Over 60 kilometres of cabling transmitting the footage from 126 cameras is needed to ensure that viewers from all over the globe can watch all the track action. All across F1 there is a huge amount of planning and organisation involved in making sure that everything is in exactly the right place at exactly the right time so that each race weekend runs like clockwork. 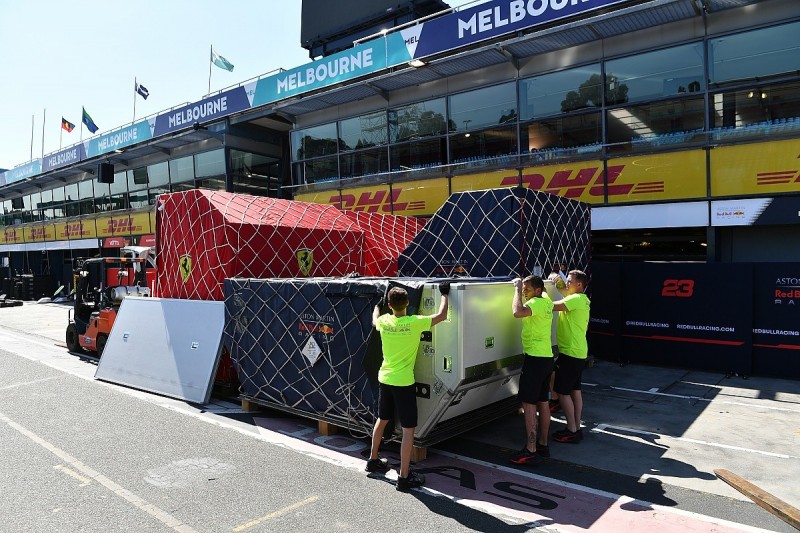 What do Formula 1 teams do with equipment after a race?

Packing up quickly is essential, especially during back-to-back race weekends. Equipment that is no longer needed is usually packed up as the team goes along and within eight hours after the race everything is normally gone from the circuit. The car is completely stripped down and each component is placed in its own foam slot, sometimes after being wrapped with bubblewrap as an extra precaution. If it is not a back-to-back race then the cars are flown back to the factory to be checked over and repainted.

The roads to and from the airports need to be checked to ensure there are no obstacles to a smooth journey alongside any local customs quirks or any other issues that need to be ironed out. During the intense European back-to-back season the trucks carrying the main supplies will be double or even triple-manned so that they can travel without having to stop for rest breaks and lose vital time. Every second is crucial and loosing too much time can have just as disastrous effect as loosing time during the race itself.

When there is only three days between the conclusion of the race on Sunday and the whole circus starting up again the next Thursday it requires meticulous planning and organisation from everybody involved to make sure that everything arrives at the right place at the right time and is accessible in the right order to have the entire paddock ready for the next event.

Transporting around a hundred people and 50 tonnes of cargo around the globe each weekend is no mean feat and, although often overlooked, is perhaps as much of an achievement as what goes on at the track.