Force India has revealed the revisions it has made to its Formula 1 car's number scheme, following the €25,000 suspended fine it was given at the Spanish Grand Prix

The team was called up by the stewards after the Barcelona race for having failed to put its numbers in a place that it was felt complied with new FIA requirements for greater visibility.

The new demands were that the numbers could be seen from the front of the car, and that either numbers or a driver's three letter abbreviation (TLA) be placed on the side of the car.

The Spanish GP stewards deemed that Force India's positioning of numbers on top of the nose, and on the sidepods, was inadequate. 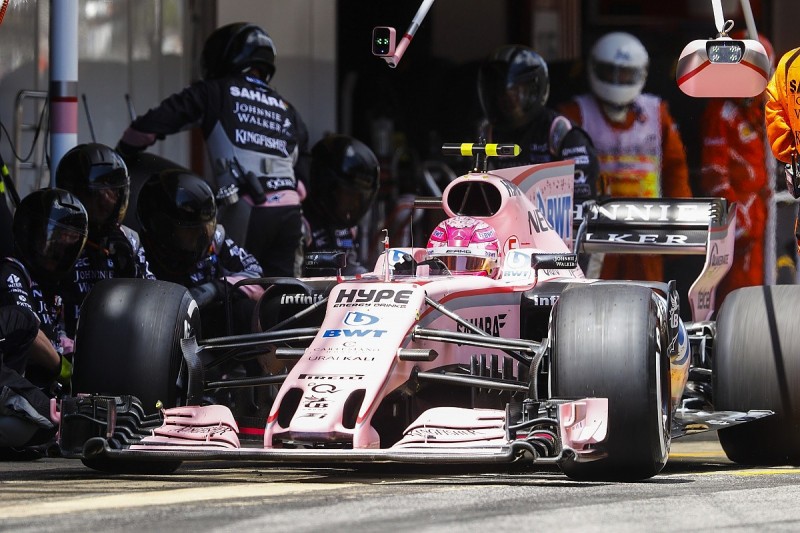 Force India agreed to make changes and, during a filming day at Silverstone on Thursday it revealed that the location of the numbers on the nose had moved and a TLA had been added to the shark fin.

Speaking in Spain, Force India's COO Otmar Szafnauer said that his team had been reluctant to devote too much space to the numbers because it would compromise valuable sponsorship opportunities.

"Force India is a team that does pretty well on the track but doesn't do so well financially from the way the income is distributed," he said.

"So to be able to compete we have to maximise our income from sponsorship. To do that we need space on the car.

"I think there are personally other ways to distinguish what car you are looking at.

"Pink is pretty distinguishable so you know it is either going to be either Sergio [Perez] or Esteban [Ocon] and there are other ways that you can tell the drivers apart - like their helmets."

Why leave a champion team for a midfielder?