Ocon started last, after being handed a three-place grid penalty for impeding Jolyon Palmer, but made good progress through the field to run eighth.

He was on course to score his maiden points and help Manor stay ahead of Sauber, which had Felipe Nasr running in the points too, in the constructors' championship.

But though Ocon battled hard, the Manor ultimately did not have the pace to maintain that position and he ended up 12th as faster cars recovered from delays.

Nonetheless, his defence of position and the way he dealt with the tricky conditions impressed Force India deputy team boss Bob Fernley, whose team will run Ocon alongside Sergio Perez in 2017.

"We're very encouraged by what we saw from Esteban on Sunday," Fernley told Autosport.

"He had a very, very good drive for Manor.

"We were aware of his talent, we were comfortable with the decision, so we didn't need to see a race like that.

"What we have go to do is make sure we can support him and get that talent to deliver." 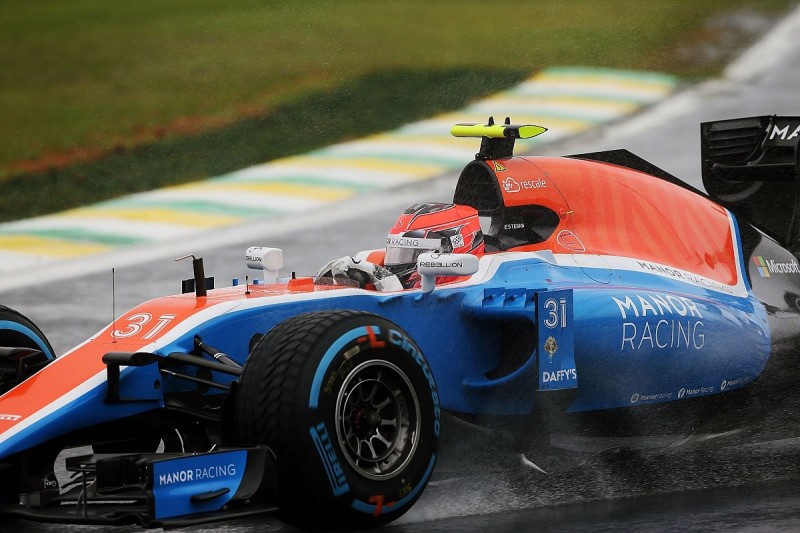 "Esteban did a super job," he told Autosport. "We thought we'd have a fairly good chance of having a go at Sauber.

"But all credit to Nasr, he drove a really good race.

"He was due one and Sunday was the day, unfortunately for us.

"Unfortunately they restarted the race at the end there and we just didn't have the car to live with them.

"We did everything we could but it wasn't enough in the end."

When asked if Manor was disappointed to lose a driver of Ocon's talent, he said: "Look, it was always on the cards that he and also Pascal [Wehrlein] could move on.

"They are both Mercedes drivers and Mercedes can place them where they want.

"Obviously if you can keep drivers and they are good, you have continuity but that's not the case so we just get on with it."

Manor has a four-strong shortlist of drivers it is considering signing for 2017, including, Wehrlein, Nasr, Esteban Gutierrez and Rio Haryanto.