McLaren has continued to struggle this year, the third of its partnership with Honda, and currently lies at the bottom of the F1 constructors' standings with just two points.

Alonso's contract with McLaren expires after 2017 and he has made clear he will look elsewhere if the situation does not improve quickly.

Briatore, who is part of Alonso's management, says moving to another team would only make sense if it was a guaranteed improvement on McLaren.

"You don't want as well to go in some team where you don't have a chance to win," Briatore told GP Gazette, Autosport's sister title motorsport.com's eMagazine.

"We've done that already. A driver needs to be in a team where at least you have the possibility to fight for the podium.

"I believe the management of McLaren is moving very hard to have a better situation in the team.

"If McLaren can be competitive... Fernando feels very good in McLaren, honestly. The team worked very, very good with us in Indy, we appreciate all that.

"We'll see in a few months. Before the summer break something should happen. We're working together with the management of McLaren, and we try to find a solution.

"It's not nice seeing McLaren in this situation, not only for the driver, but for the team, for the engineers.

"It's a great team, a great name, it's a shame to see them in this situation." 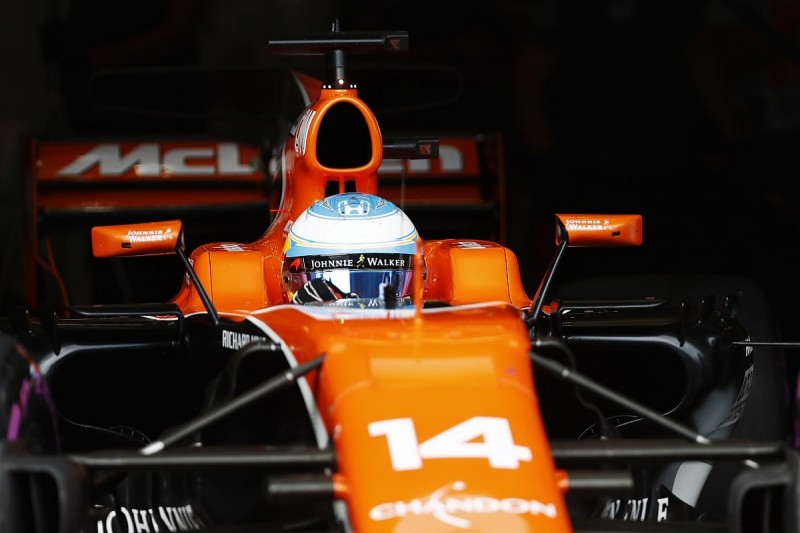 Briatore is adamant Alonso is still the best driver in F1, and compared the double world champion's search for a competitive seat with the prospect of football legend Lionel Messi being left without a team.

"Fernando is a bit like Messi. He's still the best. Imagine if Messi had no club to go to?" said the former Benetton/Renault team boss.

"Unfortunately in F1 there's only one or two teams winning races. In my time at least we had three or four teams.

Briatore says that the Indianapolis 500 programme was a timely reminder of Alonso's ability.

"Fernando is young, still motivated. We check now the popularity of Fernando, and after Indy, the USA is the third country where Fernando is most popular, after Brazil and Spain," he said.

"What does it mean? He demonstrated in Indy that he's a bloody good driver."